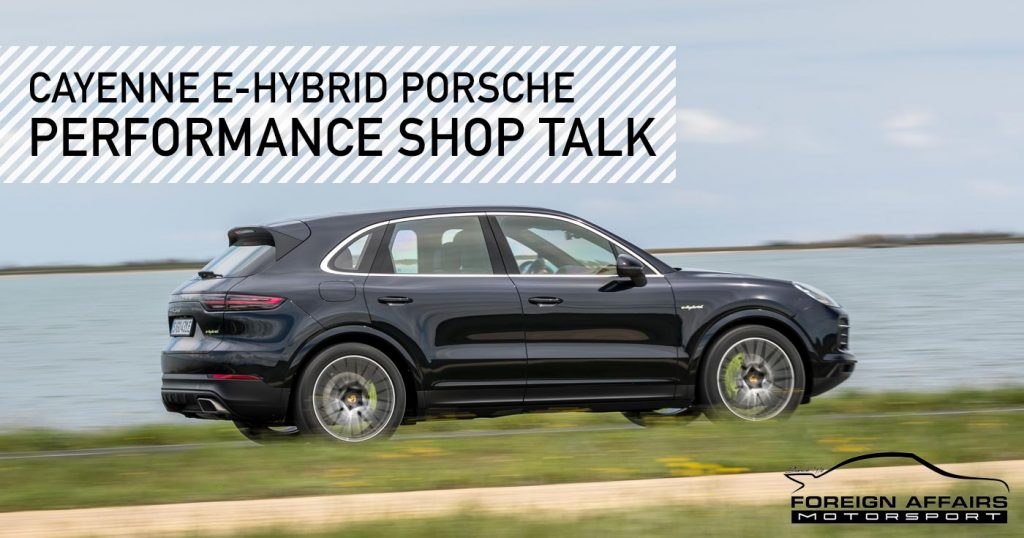 Porsche has made no secrets of its intent to take on the electric car market and challenge the likes of Tesla. Porsche’s first fully electric car, the Mission E is a few years from production, and the 911 promises to remain a gas-powered drivers car. But our pros at our Porsche Performance shop got a look at how the new Cayenne E-hybrid intends to bridge the gap between petrol and electric-powered Porsches.

As many of you already know, this is not the first time Porsche has dabbled with Hybrid vehicles. Porsche’s founder, Ferdinand Porsche, first co-produced an all-electric car in 1900, known as the Lohner-Porsche or “Semper Vivus”. Porsche as we know them today, released their first hybrid vehicle in 2010 with the Cayenne S Hybrid, which was followed by the Panamera S Hybrid in 2011. The success of these models led Porsche to producing the new generation of these models in 2014 under the name E-hybrid, and finally to their most ambitious hybrid to date, the 918 Spyder supercar.

What To Expect From The Cayenne E-Hybrid

When Is It Being Released?

The third generation is already available in Europe in its petrol variants. Porsche is expected to release the third generation internationally in Q1 2019, with all planned engine variants available at launch. For those of you who are curious as to what more the E-hybrid has to offer, Porsche has already released the configurator, allowing you to accurately depict your very own E-hybrid.

Our Porsche performance shop pros are eagerly awaiting our first visit from the new generation Cayenne and giving it our signature performance boost. For all your vehicles need, remember to look no further than Foreign Affairs Motorsport, South Florida’s premier German auto repair, performance and race facility since 1978!