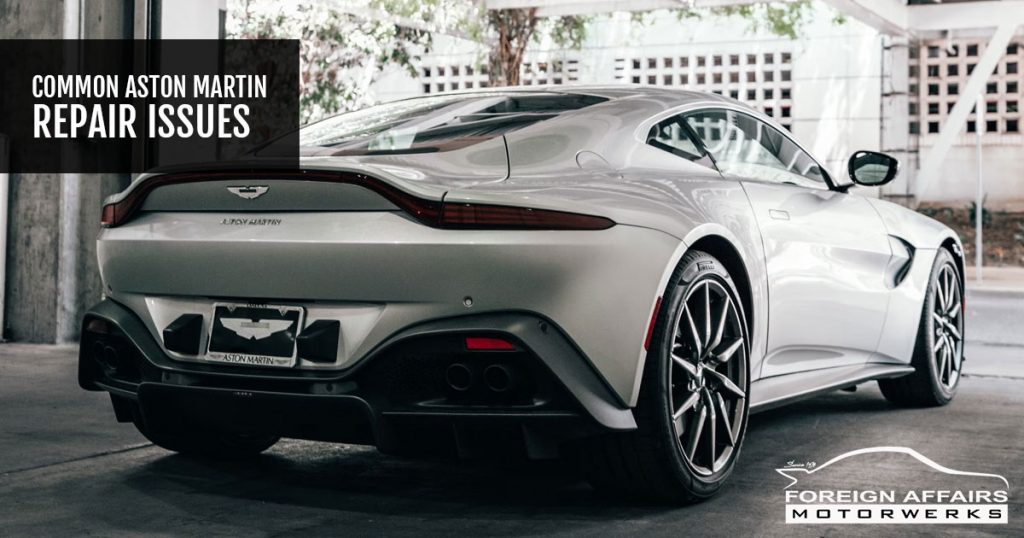 You can’t think of Aston Martin without thinking about James Bond. While Q kitted out 007’s car with every spy gadget imaginable, we’re pretty sure keeping a fleet of Aston Martin’s repaired and ready for action took up more of his day than any spy gadget did.

Aston Martin’s reputation for unreliability has endured even though the company has made genuine strides in making its vehicles more reliable. To understand which Aston Martins are reliable and which ones aren’t, we need to look at the history of the marque.

Before 1987, every Aston Martin was entirely hand-built. With that came the inherent unreliability that comes with hand-built cars. Humans can’t be as accurate as machines, and are more likely to make mistakes during the assembly process.

Owners of pre-1987 Aston Martins have greatly different experiences with their cars, with some being as well built and reliable as anything else on the road. Unfortunately, the vast majority do struggle in the reliability department.

The first step towards more reliable cars was when the Ford Motor Company bought an initial stake of 75% in Aston Martin.  Ford invested in a new factory for Aston Martin in Bloxham, where more modern building techniques were introduced in manufacturing. However, they still maintain the hand-built charm by ensuring that each car was hand assembled.

The first model released under this partnership was the DB11, which went as far as using Mercedes-Benz’s infotainment systems.

In 2020, it was announced that Mercedes-Benz would acquire a 20% stake in Aston Martin, which would allow Aston Martin to use Mercedes hybrid and electric drivetrains in future Models.

While Aston Martin has improved their reliability in recent years, some models are still plagued by issues that have prevented Astons from being viewed in the same light as rivals such as Porsche.

The Sportshift transmission allows drivers to gear up without the use of the clutch. Unfortunately, poorly implemented software and a lack of communication to mechanics on replacing the clutch led to issues where the car would stall or lose large amounts of power.

Aston Martins can be real drama queens and don’t like to operate with a low fuel tank. The low-pressure fuel pump, which is in the fuel tanks, uses the fuel it is submerged in to help keep it cool. When running your Aston with less than a quarter tank of fuel, these pumps are no longer sufficiently submerged and begin to overheat, which can lead to a complete failure of the pump.

To keep vehicle vibration to a minimum, both Aston Martin and Mercedes use a softer rubber in their engine and transmission mounts. While this does give the cars a quieter and smoother drive, these mounts do wear out faster and will need to be replaced every 6 years or 60,000 miles.

Foreign Affairs Motorwerks is South Florida’s premier auto repair, performance, and race facility since 1978.
Our team of professional technicians will ensure that your Aston remains the elegant high-performance head turner it is meant to be.

From services to repairs, there’s no one better to trust with your Aston. Don’t delay; book your Aston for its next service or repair with us at (954) 746-0488.