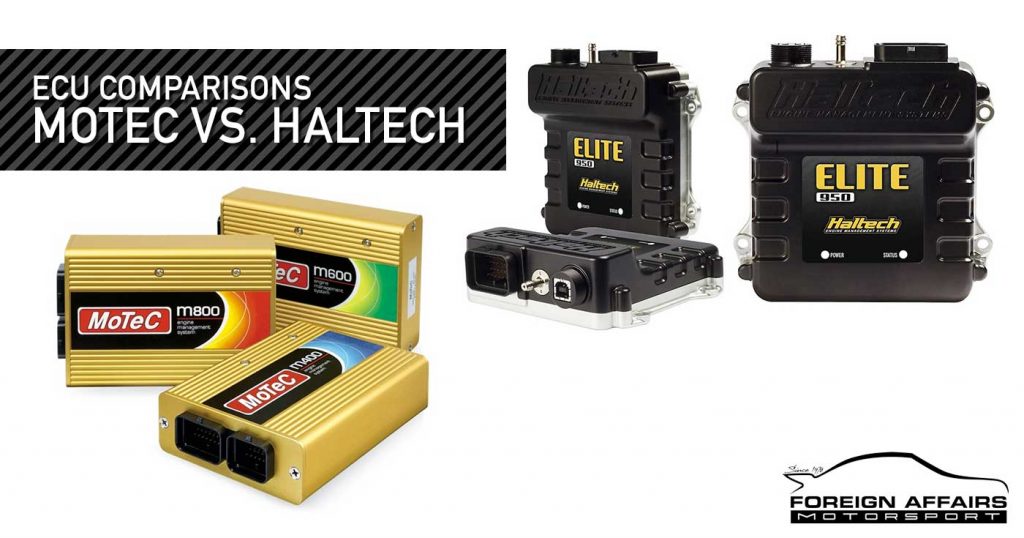 When it comes to fully customizing your car, one of the largest limiting factors is your car’s stock engine control unit, or as it’s commonly known as, your cars ECU. This is because your cars stock ECU is programmed with the stock values of each component of the car and uses those values when calculating the air fuel mixture in required. As soon as you begin to change parts in the engine, the actual details of the upgraded part is now different to the part the ECU is trying to calculate for, and this can cause the engine to run at less than optimum efficiency, or bring a series of ECU warnings

While tuning shops are able to change flash an ECU to unlock more performance or to compensate for different engine modifications, their functionality is still limited and requires you to use parts that are designed for an OEM fit. Installing a standalone software swapping unit, such as Cobb’s Accessport, gives you options of running stock and custom tunes. This is where aftermarket ECUs make all the difference, as they are fully customizable in terms of both software and hardware. An aftermarket ECU allows you to run a custom wiring loom, and can be programed to work with multiple accessories, allowing you to use a variety of boost controllers, gauges, data loggers, and fuel sensors.

The modifications an aftermarket ECU unlocks are endless. There is a trend of using an ECU to run a newer engine in an older car by using custom made adaptors to fit parts from newer model engines into older models. A popular example of this is with BMW E36 owners with the S50/S52 engine, using billet adaptors to fit fuel injectors and coil packs from the e90/92 S65 engine, along with a turbocharger system to create engines that are both high performance and reliable.

When it comes to aftermarket ECU’s, the car community is split between two brands, Motec and Haltech, and for good reasons as these two brands represent the pinnacle of ECU technology. However, choosing the best one for you can be difficult, but hopefully this overview will help you during the decision process.

Choosing between the two is so challenging that we can’t seem to come to an agreement on which is better, as we have had excellent experiences and performance from each brand. If you’re looking to upgrade your cars ECU and can’t come to a decision, we at Foreign Affairs Motorsport will be more than happy to help you choose the best ECU for your needs.