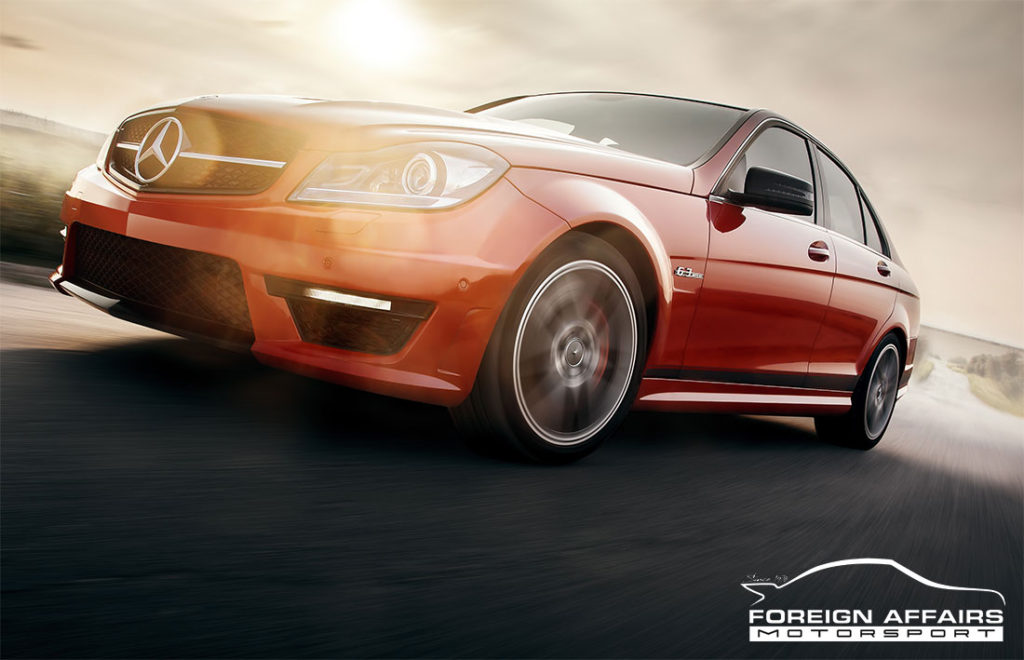 To understand this, we need to have a look at two principles of aerodynamics, namely lift and drag. Lift is an upwards (vertical) force that is generated on the body of the car as it moves through the air due to a pressure difference that is created between the underbody and the top. This force tends to make the “float”, which reduces the friction generated by the tires and does not have a good impact on handling and therefore performance. How can we reduce this lift? Enter the humble “spoiler” which not only adds that extra something to the trunk of your Mercedes, but also “spoils” the even airflow over the top of the car, reducing the upwards force, and giving you more control through tight corners; allowing you to take them at higher speed.

Drag is the horizontal force that is generated as the car moves through the air. Think of it a little like swimming through water. The water has to flow over your body, so the less area that you have in contact with the water, the easier it flows (which is why professional swimmers wear Speedos). The drag force increases with the square of the vehicle speed, so to double your speed, you’ll have to overcome a drag force that is four times greater. To improve performance, you ideally want to decrease the drag, which is usually done one of two ways. An air dam might increase the front end area of your Mercedes, but it will also prevent too much air from flowing underneath the car, where the drivetrain, exhaust system and body create a large drag. Besides looking great, it actually helps you move a little faster through the air. The other way to reduce drag is installing underbody covers. If you are unsure which option to go for, our friendly team at Foreign Affairs Motorsports are here to help!

So now that we’ve dealt with the aerodynamics side of things, lets come back to some other basic physics. Force is mass multiplied by acceleration, so if we reduce the mass, we increase the acceleration, which will directly increase your vehicle performance. What does Mercedes styling have to do with vehicle mass? In a nutshell, plenty. Carbon fiber weighs much less than plastic and metal, and is more durable. Fitting new carbon fiber fenders and wheel rims can reduce the vehicle mass, increasing the performance. (Not to mention a boost in the looks department).

Finally, we get to the exhaust system, those twin chrome tailpipes not only look great and sound amazing, but also add a few more RPMs where they matter. Think of an engine as a giant air pump. The intake sucks air in and the exhaust must get rid of it. The more air it can process, the better the performance, so larger tailpipes as well as fewer silencers all help to make your Mercedes go faster.

So, as you can see, there is a definite science behind Mercedes Styling. For tasteful modifications and recommendations, why not chat to our team of experts at Foreign Affairs Motorsports?