Porsche Maintenance You Can Count On

America has had a love affair with cars, particularly sports cars, since the first automobile rolled off the assembly line. And German made sports cars have their own exotic appeal that sports car lovers crave. That appeal just screams Porsche! By the way, what is the correct pronunciation of Porsche? While the “proper” way to pronounce some German terms in English may be debatable, this isn’t one of them. Porsche is a family name, and the family members pronounce their surname PORSH-uh, not “PORSH!” Same for the car. A “porch” is something you sit on in the summer and drink lemonade… But we digress. 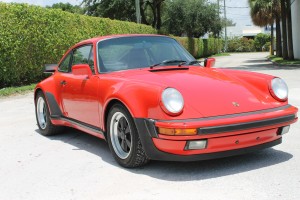 Austrian engineer Ferdinand Porsche, founded the company in Austria in 1931. One of the first assignments the new company received was from the German government to design a car for the people, that is a “Volkswagen”. This resulted in the Volkswagen Beetle, one of the most successful car designs of all time. The Porsche 64 was developed in 1939 using many components from the Beetle. Porsche’s signature designs have, from the beginning, featured air-cooled rear-engine configurations (like the Beetle), rare for other car manufacturers, but producing automobiles that are very well balanced. The Porsche name has become synonymous with sports cars and race cars because that is what the company set out to build when they set up shop, after the war, with 200 workers in 1948.

Foreign Affairs Motorsport, located in Pompano Beach, Florida, carry on America’s love affair with Porsche. We are authorized and highly qualified to do all Porsche maintenance, repairs and restoration. The first Porsche sports car, the 356, sported just 40 horsepower from a rear-mounted, slightly souped-up Volkswagen Beetle engine, yet quickly made its mark with agile handling as well as attributes almost unknown among sports cars of the day, comfort and reliability. After the 356 came a true legend among modern automobiles, the Porsche 911. Ahead of its time when introduced in 1964, the rear-engine 911 evolved over three decades when Porsche introduced a completely new 911 Carrera for 1999. Foreign Affairs Motorsport excels at restoring and maintaining these fine Porsche automobiles as well as all the newer models. For all your Porsche maintenance issues, just call or visit us.