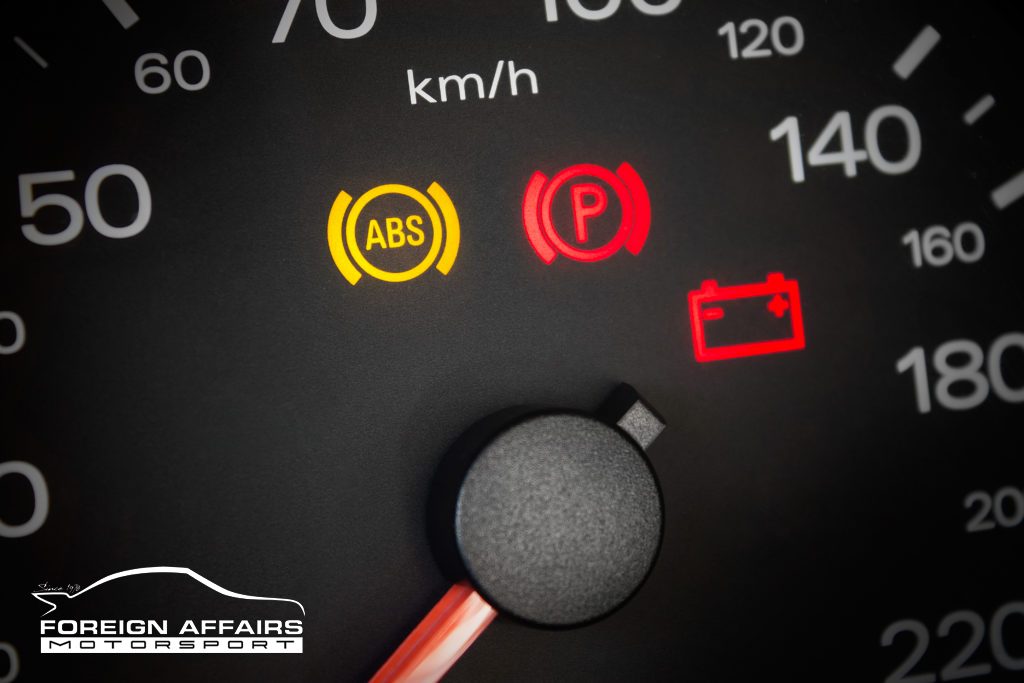 It’s no secret that, for the most part, as motor vehicles have developed they’ve become faster and faster. This has created the need for us not only to brake quicker and more efficiently (using more advanced braking systems) but also be able to have the brakes on our fancy BMWs, Audis, Mercedes and Porsches repairs.

What does ABS do?

The more advanced braking system mentioned earlier is fitted to most modern cars and is called an anti-locking braking system or ABS. It works by allowing the wheels on a car to sustain tractive contact with the road surface according to the driver’s efforts while braking. Mechanically speaking, anti-lock brake sensors are usually magnetically triggered. As the reluctor’s teeth pass the sensor, the normal pulsating tempo of wheel movement indicates that operation is normal. However, when the reluctor speed across the sensor changes dramatically (when the vehicles wheels are decelerating or stopping) the ABS will pulse brake application. When the ABS pulses, it pumps hydraulic pressure to the brakes in quick succession. This function produces intermittent braking (in other words multiple small bursts of braking) and some level of steering control. So, what does all of this mean? Simply put ABS stops the wheels from locking up and causing uncontrolled skidding which was prevalent in earlier motor vehicles. The system has also significantly decreased the stopping distance of motor vehicles.

What can go wrong?

It’s clear that ABS has become a crucial part of stopping modern cars and bikes and ensuring the safety of all on board. It’s therefore quite important to be able to recognize a problematic anti-lock braking system.

The top issues drivers using a problematic ABS could face are:

How can it be fixed?

When you have malfunctioning in your ABS, the wiring and brake sensors should first be checked. Metal shavings and other forms of debris can cause the sensors to become contaminated resulting in a malfunctioning ABS (Causing it to trigger when it should or not trigger when it should). An ABS scan tool is also a beneficial tool when diagnosing nonphysical ABS faults. It produces a fault code which will indicate what the fault is and therefore you will know how to proceed with repair. It must however be stressed that not many people have the tool all the expertise to proceed with ABS repair. It is much safer and wiser to allow your precious BMW, Audi, Mercedes or Porsche repair to be undertaken by reputable professionals. This will ensure the job is done properly and safely which will give you peace of mind.