What Makes These BMW’s Sound So Good? 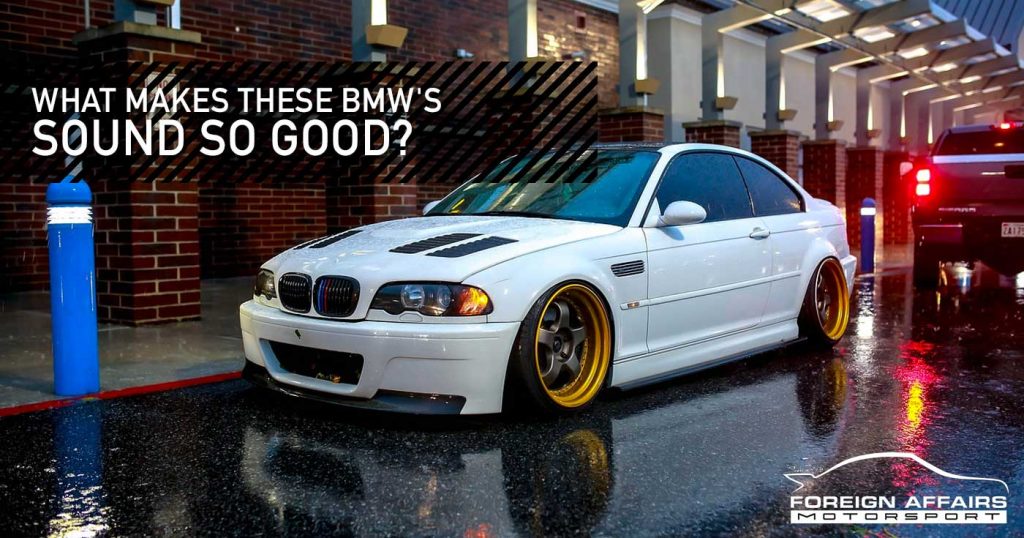 Known as a racing version of BMW’s 1970’s M1 supercar, the original BMW M1 Procar was powered by a 277 horsepower engine and had a capacity of close to 3.5 liters. The racing version is what really made this engine sound truly amazing. Boasting a 470-horsepower M88/1 inline-sex cylinder engine, the racing version of the M1 can rev up to 9000 RPM. Added to this, it could manage 0-60 mph in under 4.3 seconds, and could roar to an incredible top speed of 193 mph! This car is well known among enthusiasts and with only 40 of these beauties ever being produced, they are in big demand. With a model such as the Procar being around for so long, it’s really important to keep the engine in good condition with regular maintenance checks.

The M3 E30 generation was introduced in 1986. It originally used the S14 four-cylinder, high revving engine which produced 235 BHP. This engine produced an amazing sound on the track despite not having a particularly big engine. Many of these E30s are still around, available today, and fill streets around the world with their iconic sound. There are many BMW M3 E30 enthusiasts who absolutely love this car. In fact, you may even find some Six cylinder editions of the E30 engine around if you’re lucky.

The M3 E90 is definitely for the enthusiasts. The engine noise is loud and aggressive with an induction sound that’s nothing short of incredible. The V8 engine shares many design characteristics as the M5 E60, produces 414 BHP, and redlines at 8500 RPM. You can just imagine the sound that comes out of this legendary BMW. This highly strung engine is given its full due by the quad tail pipes which just look amazing. This exhaust system will definitely turn heads, even at residential neighborhood speeds. This engine will sound its best when it’s looked after well. Remember to keep on top of your BMW service plan to ensure that regular oil changes and maintenance checks are performed.

Built to race in the American Le Mans Series, this GTR boasts a 4.0 liter flat-place crank V8 engine. With 354 BHP at 7250 RPM this was a dedicated race motor that was built for production-based racing. It was a bold, in your face BMW. Even though the V8 was later replaced for a straight six engine, its iconic sound could still be heard for miles away. For all that the GTR boasts about, it will do well to have a professional mechanic seeing to all of its maintenance needs.

Here we have a naturally aspirated engine, boasting a V10, 5.0 liter powertrain. It’s the only V-10 engine that BMW produced for the road. Producing a massive 500 BHP at 8000 RPM, the M5 is a serious player. With this amount of power on offer, enthusiasts love to drive their M5’s hard and finding one that’s available with a low mileage is difficult. Careful attention needs to be given to maintaining this engine and it’s always advisable to use a reputable performance service center for all maintenance.

BMW knows how to produce cars that sound great which also have the power and performance to back it up. At Foreign Affairs Motorsport, we have a team of highly trained technicians to keep your performance car in top shape and sounding great. We’ll make sure that your BMW will sound awesome for years to come!