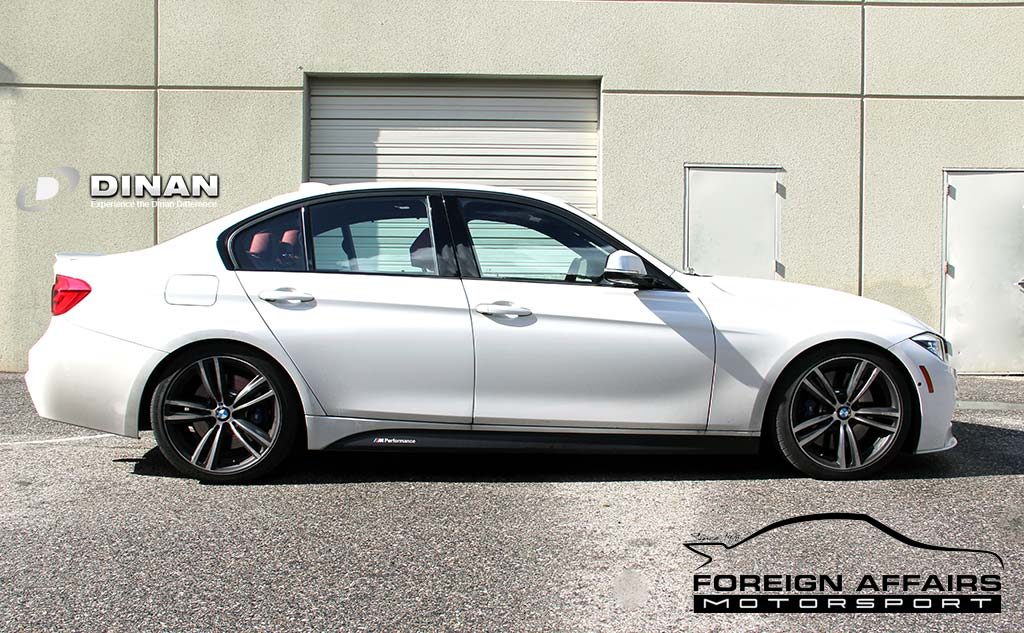 The BMW 3 Series remains the best-selling model for the German brand, accounting for 30% of its sales. Despite this, and even on models fitted with M-specific BMW performance parts, the 3 has become a tad dated. It’s just as well that the newer G20 3 Series is on its way, with BMW currently conducting final tests of this model.

The current 3 Series remains competitive in terms of performance and technology, however. It’s just that close rivals like the Audi A4 and Mercedes-Benz C-Class have moved the game on in terms of showroom appeal, with their impressive designs and modern interiors leaving the 3 feeling a bit too familiar. Of course, that’s where we come in! We’ve rounded up a few upgrades for the current 3 Series which will give your car a boost and make you feel as though you can confidently rub shoulders with the newer kids on the block.

Unless you opt for the M3, most 3 Series models look like they could do with bigger wheels. The standard items may provide more comfort, but they don’t do much for your car’s street cred. Of course, bigger isn’t always better, and you should choose wheels designed specifically for your car. That’s where Dinan comes in, with their 20-inch wheel set made from premier cast aluminum. They’re lightweight and provide superior traction, plus they even make use of the BMW alignment system for easier fitting. Together with lowering springs, wheels are an easy and immediately effective way to make your 3 Series stand out.

There’s nothing quite as disheartening as driving your luxury Bimmer and seeing that your pedals look like they came out of a budget Japanese hatch back. Sometimes, the smallest details can add a lot to your driving experience, and this Dinan Pedal Cover Set is no different. They’re made from aluminum and rubber for a sporty look and improved grip over the standard items, and you can grab a set whether you drive a manual, automatic, or M-DCT -equipped 3 Series.

The 335i (and its replacement, the 340i) are probably the best of the breed when it comes to the F30 3 Series. They offer a lot of the performance of the M3, but are more manageable in day to day driving. The Evolution Exhaust System from Akrapovic takes advantage of the already resonant six-cylinder of the 335i and frees up even more power and torque. This exhaust provides a noticeably more aggressive sound, while the carbon fiber tailpipes make their own visual statement.

Not all F30 3 Series models were fitted with LED lights (especially pre-facelift versions) and the difference in visual appeal between these and the standard lights is easily spotted. LEDs won’t only increase your driving safety by offering a wider spread of illumination, they’ll also enhance your car’s appearance.

If you’re looking to upgrade more than just one or two individual parts on your 3 Series, you could take advantage of our performance and styling department. Here, your wants and the expertise of our technicians are combined for the best possible outcome. We have the capability to modify and fit the following on your car:

Get in touch with us and find out more about how we can help transform your current 3 Series into a machine that looks as good as it goes!