A Look At The 2020 Bentley Flying Spur 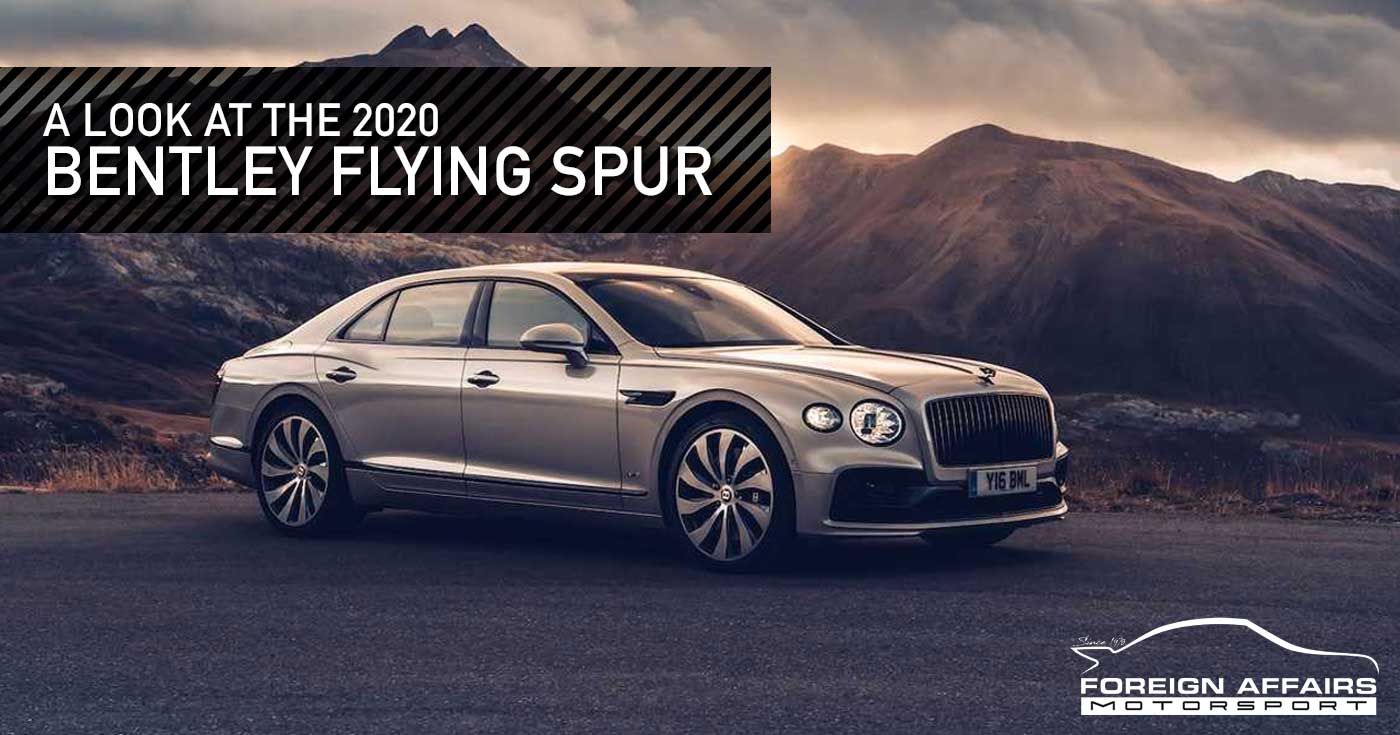 When Bentley announced the new third-generation Continental GT, it was only a matter of time until they announced the Continental’s four-door sibling, and after months of teasing the public with test shots and rumors, Bentley has finally unveiled the all-new 2020 Flying Spur.

You’ll be forgiven for thinking not much has changed with the new generations, with the new car being only 0.2inches shorter, and 0.5 inches narrower than its predecessor, and the biggest change coming in the interior, with the wheelbase growing by 5.1 inches.

In the front, Bentley has ditched the sporty mesh grille from previous generations for one with a chrome vertical bars, which is a homage to the original 1957 S1 Continental Flying Spur. Above the grille, you’ll have the option to adorn your hood with a Bentley Flying B hood ornament, which can be illuminated, and electronically raised and lowered. The flying spur also gains a full LED matrix headlight system and taillights that are styled to the letter ‘B.’

Inside it’s pure classic Bentley class which incorporates traditional woods and leathers, and shares much of its interior with the Continental GT, but gains a unique center console which incorporates Bentley’s rotational center panel that allows the driver to hide the 12.3 inch touch screen, behind a matching dashboard panel or a set of analog dials. The clocks and switches feature real bronze and an optional full-length panoramic roof to complete the luxury look.

There are two independent rear seats, which feature adjustable bolstering, heating, cooling, and a massage feature. Between the two seats, there is a central seatbelt and pop-up headrest to accommodate a third passenger.

While everyone expects the Continental GT to be fast, with its slicked roof and aggressive stance, the Flying Spur is more discreet in its styling, lending its design to be more spacious and luxurious. But under the body, you will find the same 6.0 w12 twin-turbo engine from the Continental GT.

All of this means that the Flying Spur is able to do a zero to 60 mph dash in just 3.7 seconds, with a top speed of 207 mph, making it the world’s fastest full-size sedan, beating the previous record held by the BMW-Alpina b7. The Flying Spur is also expected to launch with the option of a 4.0 v8 twin-turbo TFSI engine.

To keep the car from folding itself in half, the bodywork is made from super formed aluminum which Bentley claims is the best in class for rigidity. The luxury car manufacturer expects U.S. variants to begin shipping in early 2020, with no price officially available yet.

For all of your Bentley servicing needs, trust Foreign Affairs Motorsport; we’ve been in the business for decades! Our mechanics are professionally trained and qualified to service all European luxury vehicles. Call us today at 954-746-0488 and schedule an appointment.