Common Causes for Visiting a BMW and Audi Repair Shop 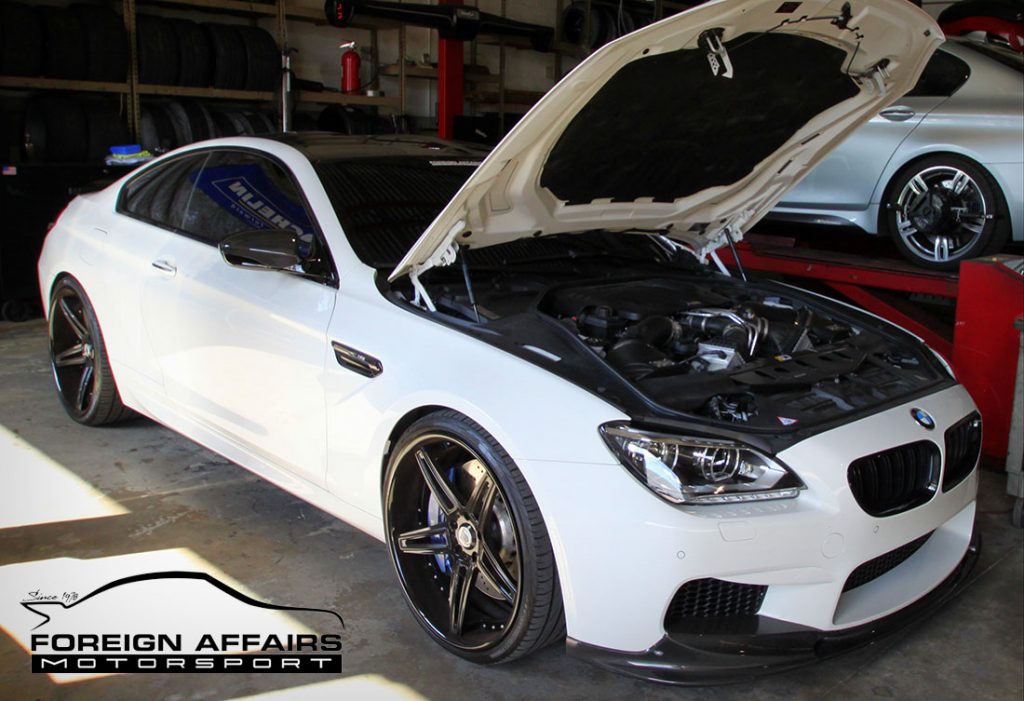 The sheet metal glistens, the interiors emit the satisfying smell of real leather, and the engines make a glorious sound, but when it comes to a BMW and Audi repair, it’s both more expensive and more common than you’d think for two marques that are supposed to be purveyors of “German engineering”.

Unfortunately, these two automotive giants have fallen short in a number of high-profile reliability studies over the years, belying the cars’ showroom appeal and abilities as comfortable, powerful people-movers. For example, in the 2016 J.D. Power Vehicle Dependability Study of cars that are three years old, Lexus took home the ‘most dependable’ award in the Compact Premium Car and Midsize Premium Car categories, both of which are German-dominated. Models such as the BMW 3 Series, Audi A6, and Audi A7 all finished close to the bottom in their categories for overall dependability, despite all being class leaders in areas such as design, technology, and dynamics. The question is, why is your BMW or Audi so much less dependable?

It begins with the unofficial European idea of quality – i.e. quality is what you see and feel. For the Japanese, quality is what will last, not what you’ll necessarily see. This ideology explains why your German feels fantastic from behind the wheel, but is unlikely to outlast your neighbor’s Toyota.

Troublesome Electronics?
German cars like your Audi or BMW have never been known for ultimate reliability of electronics. For one, there is so much more technology going on in these vehicles than your average car – German cars are often viewed as over-engineered. BMW’s earlier and troublesome version of the i-Drive system represents such an example. With regularity, the Germans find complex solutions to simple problems, like placing the battery under the rear seat or in the trunk, where it is inaccessible. Sensors placed near the battery mean an overworked ECU from a single line of current.

While many Germans fair better when it comes to the reliability of their engines, 2013 figures released by Warranty Direct (a leading warranty provider in the UK) rated BMW, Audi, and Volkswagen engines as some of the most unreliable. Also worth looking out for are specific model lines, with the e90 BMW 3 Series proving to be 11% more unreliable than the e46 version. For Audi, excessively high oil consumption on various A4, A5, and Q5 models (produced from 2009-2011) fitted with the 2-liter turbocharged engine was the result of more serious mechanical failures, as many owners failed to maintain sufficient oil levels.

Prevention is Better than Cure
Run a quick Google search on vehicle brand reliability, and you will find wildly fluctuating results, with German brands often ranking highly for initial ownership but taking a significant dip as they age. If you own – or want to own – a BMW, Audi, or any other German brand of car, it really is in your best interest to stick to the maintenance schedule and find out all you can about your specific model. By identifying common reliability issues beforehand, you’ll be able to tend to potential problems before they wreak havoc on your car – and on your budget!

Coolant systems, faulty sensors and turbochargers are some other common issues afflicting German cars and, if ignored, could result in a much bigger problem. Be sure to consult your German car specialist at the first sign of any fault, and by doing so, you’ll be able to enjoy the performance, comfort, and driving pleasure built into your BMW or Audi.