Interesting Facts About Your Porsche 911 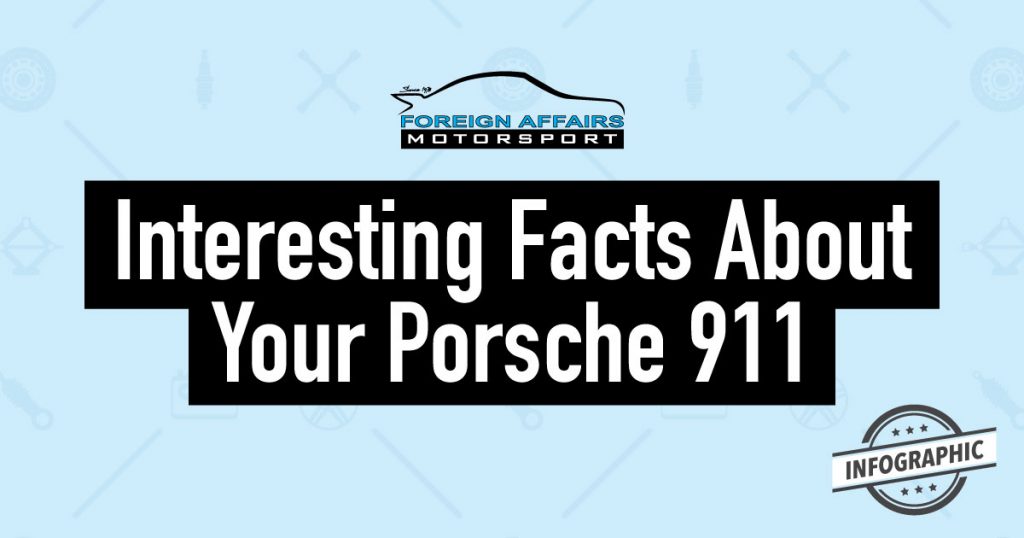 The Porsche 911 is one of the most elegant and recognizable cars in the world. It has been in continuous production for over 50 years, with 16 different models produced. With its powerful engine and beautiful aesthetic, it is arguably the most exceptional car ever made. As an owner of a Porsche 911, you probably already know how great and wonderful your car is, so let’s talk about some of the things you might not know about the world-renowned luxury supercar.


There are a number of factors to consider when monitoring the maintenance of your Porsche 911. These include which model it is, the transmission, and what kind of driver you are. If you are using your Porsche 911 for motorway racing, then it is likely you will have a much lower fuel output and need more regular tire maintenance and repair. Call Foreign Affairs Motorsport on (954) 746-0488 to have a comprehensive vehicle inspection of your Porsche 911 today and make sure your Porsche gets the best treatment it needs.

Copy and paste the code below to embed this infographic onto your website: