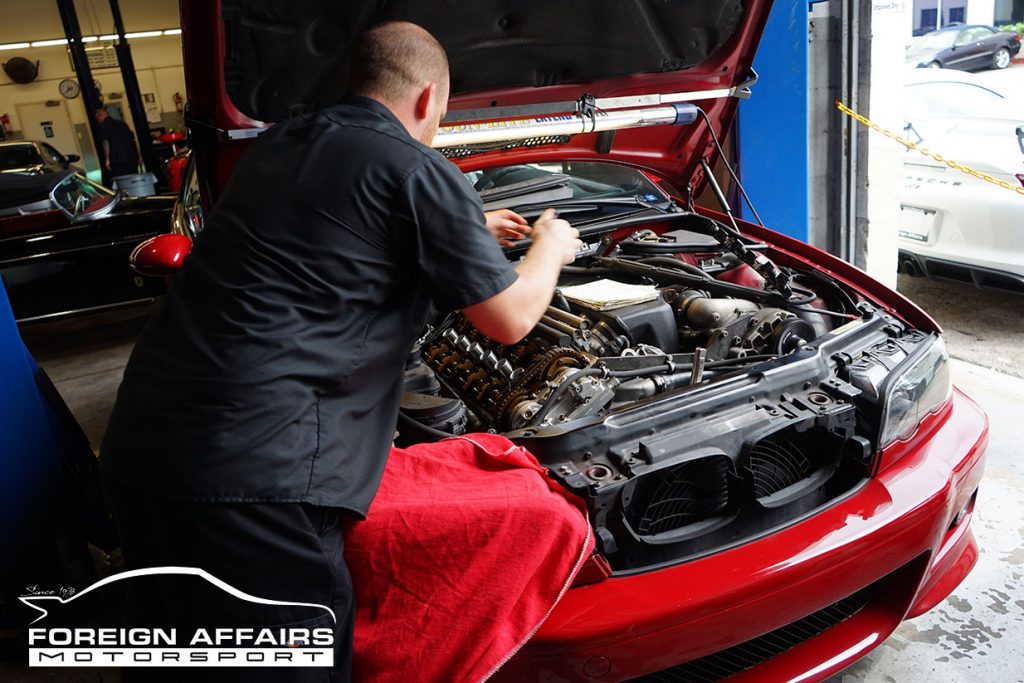 The One BMW Repair Job To Avoid

You’ve driven your Bimmer for some time, and everything seems to be going smoothly, until you find out that you’re very likely going to be visiting a BMW repair shop in the near future. Why? Well, because you unknowingly bought that one, specific model in the entire range afflicted by a serious mechanical malady.

While this German automaker typically builds complex but strong engines, some have had their problems, especially the turbo diesels. Look back to around the 2001-2004 period, and BMW’s 2-liter M47TU diesel was the culprit, being prone to swirl flap failure. The problem was that the tiny screws securing the flaps to their spindle ended up falling into the intake ports if the spindle got fractured, which was often enough to be covered extensively in the world’s motoring press.

BMW eventually rectified this, but the more modern version of their turbo diesel woes has manifested itself in the newer N47 motor, fitted to a variety of models between 2007 and 2011. A versatile power plant when it is operating as it should, it has found its way into everything from the small 118d through to the far heavier 520d – fortunately for us, not all of these models were available in North America. However, the M57 diesel (fitted to such models as the 530d and 730d), has been reported to suffer reliability issues too, if not to the extent of the smaller N47. The issue, as owners have and continue to find out, is a critical design flaw of the timing chain, which has proven to be susceptible to premature and unusual wear, and eventually failure. As this component essentially links all of the moving parts in your engine, it figures that if it fails, your inlet and exhaust valves go hurtling into each other, resulting in massive damage.

One of the most noticeable signs of the problem is a rattling sound from the rear of the engine, where the timing chain is placed. Interestingly, the placement of the timing chain in this location has been a source of controversy itself, with leading British vehicle engineer John Dabek having said that the positioning of the timing chain necessitates complete removal of the engine, something which he believed the automaker had not taken sufficient responsibility for. Of course, if failure occurs, what follows is an extremely labor intensive repair with dizzying costs.

Yet, despite all the focus on the N47, more worrying is that faulty timing chains have also been reported for the N63 4.4-liter V8, used in models such as the 7 Series and X6. Affecting models produced from 2008-2014, BMW did initiate a recall in the USA and Canada in February 2015 to have the timing chain, engine vacuum pump, and other parts checked and potentially replaced. Still, the similarity between the N47’s admittedly more widespread timing chain failure and the failures seen on the N63 (a very different engine, being petrol-powered, of larger capacity, and a V8), do point towards a fundamental design flaw in its engineering department that BMW is hopefully keeping a close eye on.

If you drive one of these models and are concerned about a potentially serious timing chain issue, we recommend getting your BMW inspected now to avoid the need for a complete engine rebuild.