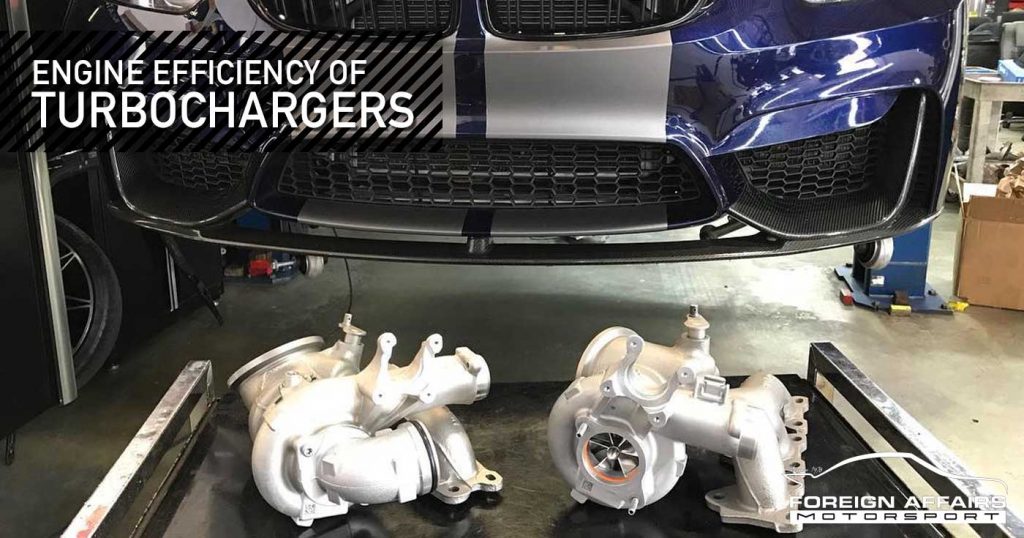 Due to this, manufacturers are pressured to make their vehicles more and more efficient, and this translates to more power from less cylinders. What is the best way of doing this? Ultimately, a turbocharger. Or a supercharger (totally different beast, but similar concept). Or both… but hang on, what exactly is a turbocharger? How does it work, and are we getting something for nothing?

What Is And How Does A Turbocharger Work?

The internal combustion engine can be thought of as a giant air pump. At the intake, air gets taken into the cylinders where it is mixed with fuel, compressed by the piston and ignited. The resulting explosion drives the piston back down on the power stroke, and the subsequent exhaust stroke occurs on the return, by which time the process repeats. One thing about this is glaringly obvious; the entire process involves movement of gasses and vapor.

The best way to make something efficient is to improve its key aspect, so basically this is what a turbocharger does. It consists of two turbines, one on the exhaust and one on the intake. The exhaust gasses from the engine drive the intake turbine, which in turn increases the volume and pressure of the air available to the engine. More air means better, more efficient combustion and so better performance.

When Did Turbochargers First Appear?

The concept of turbocharging isn’t a new one; the first patent for a system was issued in the late 1800s by a Swiss engineer which went on to be used in early marine diesel environments to boost power. However, it was soon eyed by the still infantile field of aviation, since increasing the air pressure and volume can be used to compensate for the thinness of the atmosphere at higher altitudes. General electric soon started using the principle for much of the US’s World War Two aircraft, and the resulting performance boost far outweighed the cost of manufacturing the additional components. It didn’t take long before the technology was being experimented with in the performance automotive scene, but it has taken it much longer to reach the mainstream production car market.

Are There Any Drawbacks?

Up to now we have always been happy with our large naturally aspirated motors, and we would have continued in this vein if it wasn’t for the increasing demand for efficiency. The biggest problem with turbocharging is the lag. Since they are exhaust gas driven, turbos take a little time to build up the speed that they need to increase the pressure of the intake air. This process is commonly referred to as spooling, and was a massive irritation to motorists adopting the early turbocharged models. Basically, stomping the gas produced no effect for a few seconds, after which a surge of power had you fighting for control. Fortunately, this problem has been all but eliminated, with most manufacturers opting to use two turbos instead of one to counteract the lag.

Turbochargers Are The Future

To wind it up (excuse the pun) most vehicles you purchase today, whether performance or not will come with a turbocharger. How does it affect you, as the driver? Other than saving you some bucks at the gas station, turbocharged cars also perform better at higher altitudes, and driving with boost is a pleasant experience. Additionally, you are contributing to bringing the global carbon emissions down. More performance means greater strain on engine components, so make sure that you obey the cardinal rule of turbocharged engines – regular automotive service on time, every time.