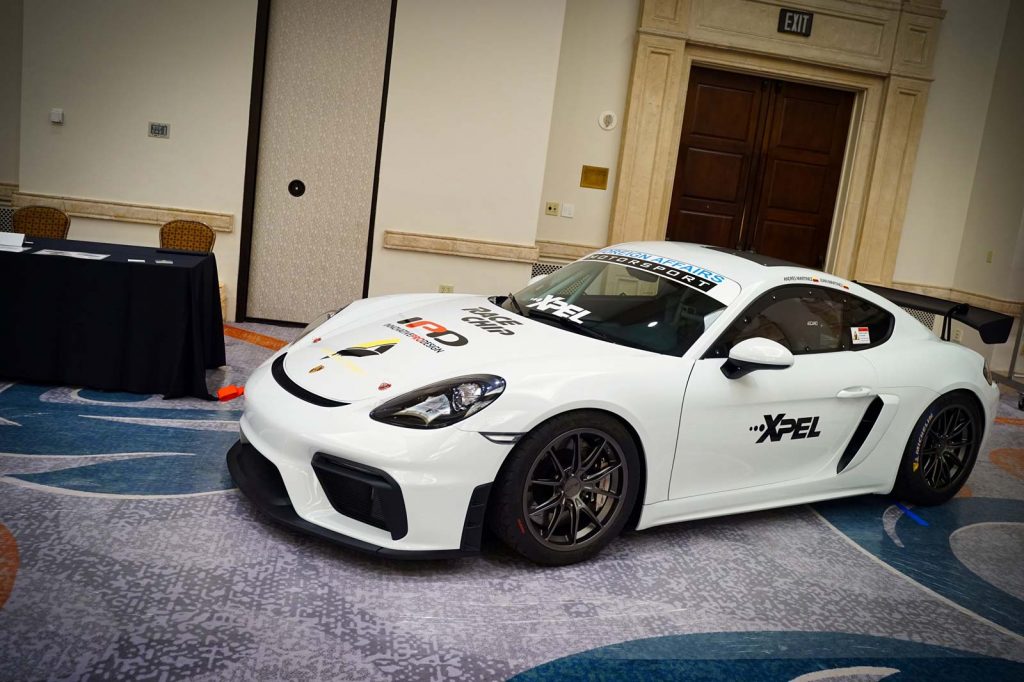 BOCA RATON, Fla. – July 18, 2019 – (Newswire.com) – As the pinnacle event of all Porsche Club events, the 64th Annual Porsche Parade will be taking place at the historic Waldorf Astoria in Boca Raton.

And of course, Foreign Affairs Motorsport will be there.

Boca Raton is practically Foreign Affairs Motorsport’s own backyard, nearing its own Florida location in Pompano Beach. So count on them to show off their latest and greatest Porsche vehicles at this venue.

Hosted by the Porsche Club of America, Parade Week encapsulates a series of Porschephile events and activities. The PCA National Concours d’Elegance, presented by Porsche AG, is the premier Parade competition event and the highlight of Parade Week. The Concours, which is opened to the public, will be held on Monday, July 22, from 8:30 a.m. to 3 p.m.

Other Porsche-themed events include an Autocross at the Palm Beach International Raceway, rallies, art shows, golf tournaments and also a Michelin Driving Experience. Parade Week promises to be the largest annual event hosted by the Porsche Club of America. And it has been done for the past 63 years already.

And Foreign Affairs Motorsport will be making a big splash at the Parade with some truly extraordinary Porsche vehicles. To start, they will be entering two vehicles into the prestigious Concours d’Elegance competition: their Miami Blue RWB C2 Turbo and their Guards Red 964 Outlaw Custom.

But wait, there is more – Foreign Affairs Motorsport will also unveil their all-new and rebelliously exciting Porsche 718 Cayman GT4 Clubsport.

Yes, the mythical 718 Cayman GT4Clubsport with the mid-mounted 3.8L flat-six from its 911 siblings will be making an appearance in its flesh with Foreign Affairs Motorsport. It will be displayed at the booth of Foreign Affairs’ premier partners Xpel Paint Protection Film and Film Authority on July 21 and 22. That is truly a huge wow-factor.

With the controversial introduction of the turbocharged flat-fours in current production Caymans, the return of a flat-six in a Cayman is an absolute godsend for Porsche faithfuls. It actually uses the same 3.8L flat-six as the previous generation 981 Cayman GT4, but it benefits from a new intake manifold which pushes the maximum output from 380 bhp to 425 bhp. That power is sent to the rear wheels via a six-speed PDK dual-clutch gearbox. Hot stuff indeed.

The boys at Foreign Affairs Motorsport have also added one extra trick up this particular GT4 Clubsport’s sleeve: it is completely wrapped and enhanced by Xpel’s Ultimate Plus Paint Protection Film. Made from a virtually invisible urethane film, it features self-healing, stain resistance and superior optical clarity properties. Film Authority of Boca Raton has expertly installed this. People have to see it in person to believe they cannot actually see it.

Come experience what the 2019 Porsche Parade has to offer. Be prepared to be “wowed.” We guarantee it.

Concours d’Elegance at the 2019 Porsche Parade

Foreign Affairs Motorsport has been a renowned independent Porsche facility in Pompano Beach servicing Porsche enthusiasts in the southeast U.S. area for more than 40 years. Their extensive expertise in Porsche vehicles has built up quite a following in the Porsche community and especially in the local Florida PCA (Porsche Club of America) regions. Over the years, the family-owned business has grown and produced many authentic Porsche performance upgrades, custom builds and restoration projects.

Special thanks to Foreign Affairs Motorsport and their sponsors: