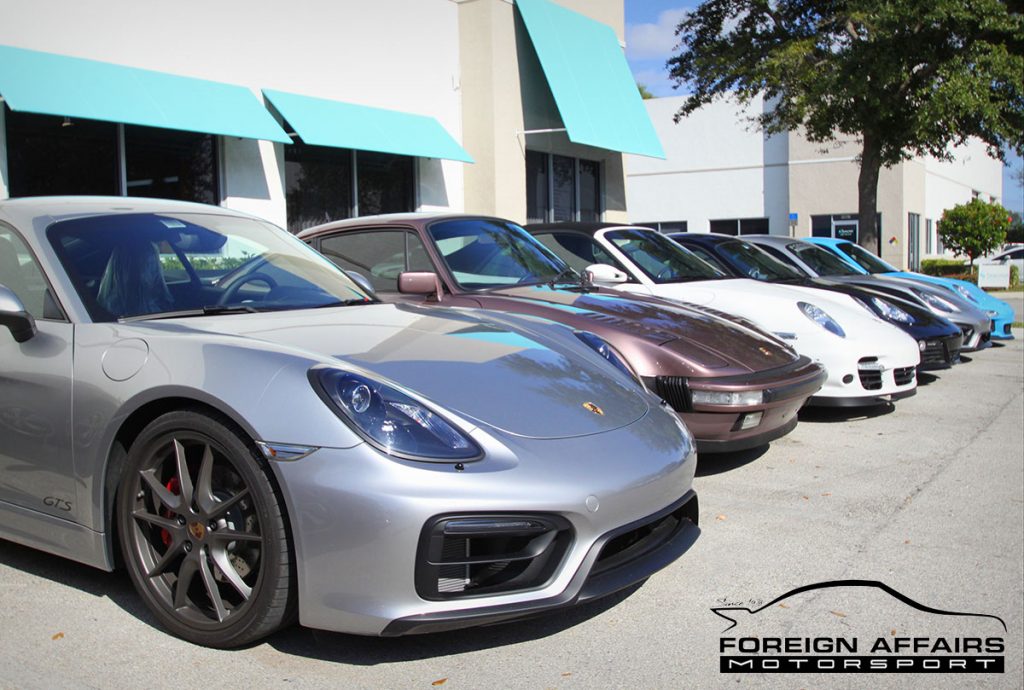 Getting to Grips with Germany’s Radical Sports Cars

While German efficiency, technology, and engineering remain close to or the best in the automotive space, when it comes to radical sports cars, it’s the Italians or even the Swedes with the legendary Koenigsegg that tend to awe first. Make no mistake, though, while the Audi, BMW, Mercedes and Porsche engineers in their pristine lab coats are churning out thousands of 3 Series’, E-Class barges and Cayennes, their fellow motorsport division colleagues (probably wearing studded leather jackets and in a state of semi-intoxication), are honing some of the wildest, maddest machines in the world.

We’ve picked what we believe to be each marque’s angriest specimen, and will decide which one fires us up most. Let the battle begin!

Audi R8 V10 Plus
Audi’s revered supercar won World Performance Car Of The Year for 2016, and the R8 V10 Plus is the pinnacle of the range. Boasting sharp-edged, angular design, the second generation of the R8 is distinctly futuristic in its design. With 610hp and 413 lb—ft of torque, the V10 Plus rips to 60 mph in just 2.9 seconds and sounds absolutely awesome as you approach the 8700rpm red line. With the Quattro system delivering stupendous traction, not much will keep up with Audi’s fastest – in a straight line or through the bends.

BMW M4 GTS
The newly launched M4 GTS was an opportunity to add that missing layer of ‘magic’ that’s curiously absent from the standard M4. With its shark-like face, a gigantic carbon-fiber rear wing, orange styling details, and an updated version of the M TwinPower engine, here’s an M product that means business. Add to that 500hp and a lap time of 7.28 seconds around the legendary Nürburgring- Nordschleife, which is 24 seconds faster than the standard M4 and right up there with the Porsche Carrera GT. At its best when its being manhandled around the track, it’s also one of BMW’s most visceral (and loudest!) driving machines.

MERCEDES-BENZ AMG GT S COUPÉ
Where BMW still makes only five true M-cars, Mercedes-Benz has been churning out AMG models at a vastly more productive rate. All are raucous and inappropriately quick, and the GT S is probably the ultimate of them all. It packs the 4.0-liter AMG biturbo V8, good for 503 hp and 479 lb-ft of torque, enough for 0-60 mph in 3.7 seconds. A proper supercar – and not just a powerful engine in a luxury Mercedes – the GT S is stiffly sprung to thrill and, with a soundtrack like the one delivered by that V8, that’s exactly what it does. Who knew that Mercedes-Benz would one day build a sports car emotive and capable enough to legitimately challenge a Porsche 911 GT3? Believe it.

PORSCHE 911 GT3 RS
While this list has been alphabetic (Audi, BMW, Mercedes, Porsche…), perhaps it’s appropriate that we’ve concluded with the 911 GT3 RS, a car designed to perform as quickly as possible, with the maximum amount of driver involvement. With 500hp, it matches the BMW M4 GTS for power from its 4.0-liter flat-six. Every square inch of this car has been modified for the whole to be lighter, faster, and more responsive, from its magnesium roof to its unbelievable 125hp output per liter, enough for a 3.1-second 0-60 mph blast.

Angry and mad, not all-round capable. That was the aim of this little investigation. All exceptional machines, it’s between the M4 GTS and the GT3 RS. The Mercedes is simply too beautiful to triumph here, and the Audi too polished. By a whisker, it’s the leather-clad madmen at Porsche HQ who still make Germany’s maddest sports car.