What Exhaust Smoke Can Say About The Health Of Your Car 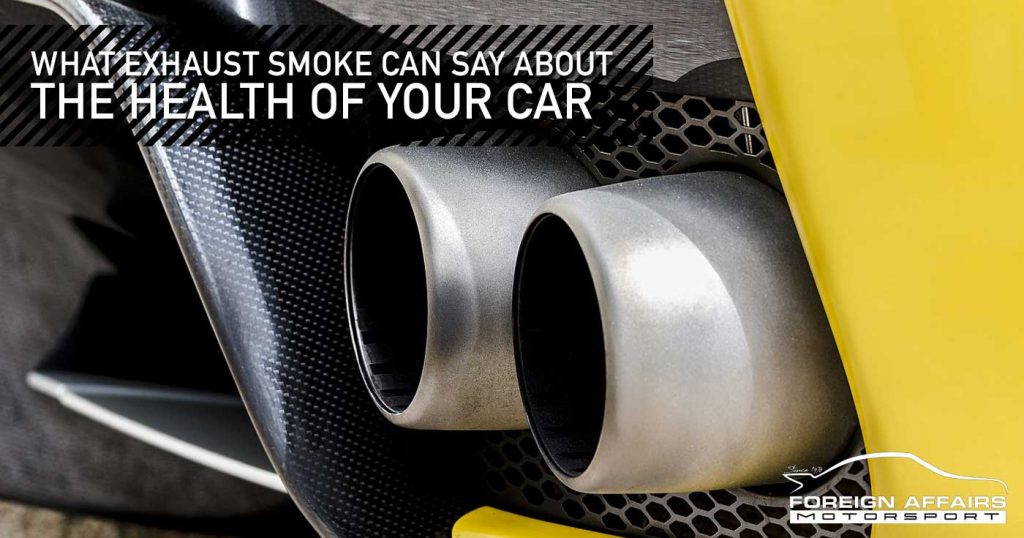 Outside of your car’s standard service it is difficult to know what kind of preventative maintenance to do, and what can go wrong if you don’t keep on top of things. Fortunately, your exhaust is a great indicator of potential issues. If your car needs something maintained or replaced, you’ll experience any one of the symptoms that follow, whether it is a weird sound or a huge puff of smoke. We got our master mechanics to talk about how they know something is wrong with a car by it’s exhaust.

The catalytic converter allows the smoke to pass through a mesh of precious metals, that react with particles in the smoke to create less harmful emissions. After the smoke passes through the catalytic converter, it enters a center section and then a muffler. The center section and muffler are designed to dampen the sound of the engine, with the muffler being the last piece of the exhaust before the smoke is released into the environment

The color of the smoke exiting the exhaust can tell a mechanic a lot about the health of the engine. In a healthy gasoline car, the engine produces white smoke that should not be dense and not be very visible. Very noticeable smoke is a sign that something isn’t right with your car

For all your car needs, whether it be maintenance, repair or modification, look no further than Foreign Affairs Motorsport, South Florida’s Premier German Auto Repair, Performance & Race Facility Since 1978.