BMW Customization | Putting The ‘Sport’ Back Into Sports Sedan 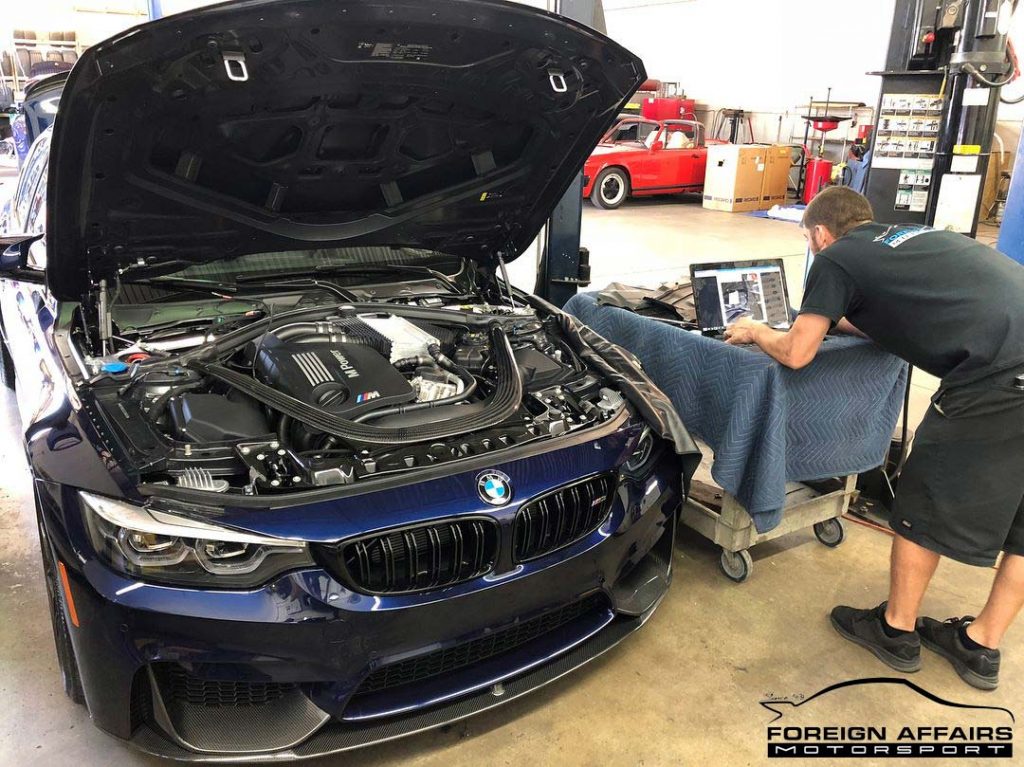 It’s been an up-and-down decade or two of BMW design. It all started in 2001, when designer Chris Bangle’s controversial and awkward 7 Series made its debut, setting the tone for a dramatic and often shocking range of designs such as the first Z4 and the E60 5 Series. Following this, the very opposite happened: BMW design went ultra-conservative, culminating in the current 3 Series (which has not aged particularly well) and even the new 5 Series, which hasn’t moved the game on in the same way as its predecessors. For BMW customization fans, it has both provided the opportunity to tone down some extreme designs, and more recently, to add some flair to the marque’s cookie-cutter design approach. This murky era of BMW design has coincided with a fresh approach at Mercedes-Benz, once the most conservative of the Germans, but now with a range of mostly beautiful sedans and sports cars. With Mercedes recently having overtaken BMW as the world’s biggest selling premium manufacturer, we think it’s safe to assume that much of it comes down to showroom appeal. However, BMW is set to claw its way back.

A New Era of BMW Design is Coming

According to Adrian Van Hooydonk, BMW Group Head of Design, upcoming BMWs are going to feature cleaner designs with fewer, more precise lines. Van Hooydonk made the statement at the 2018 Detroit Auto Show, and it seems to be the first acknowledgement by the brand that a more cohesive approach to design is needed. Already, the newly launched BMW X2 has been better received thanks to a unique, eye-catching design that really stands out from other BMW SAV’s (Sport Activity Vehicles). The unveiling of the 8 Series Gran Coupé concept has also received a warm reception.

This approach matters, because with Mercedes and Audi having mostly closed the driver appeal gap to BMW (all three Germans offer such a well-sorted range of driver’s cars, it’s hard to choose between them), models such as the 3 Series will have to rely on more than just the promise of being a driver’s car to win over a fashion-conscious public.

Of course, there’s still the camp that lives for the sleeper appeal of modern Bimmers. It could also be argued that this is the more traditionally Germanic approach: conservative styling mixed with powerful engines. Trying to tell the high-performance 340i apart from its lower-powered cousins is a tricky game to play, but many enjoy this unassuming character. It also means that the last generation or two of BMWs have been perfect for bodywork upgrades, as the plainer designs leave much room for experimentation.

If you own a modern BMW sedan and would like to spruce up the looks, our team have the expertise to help you out. Some of the modifications you can go for include:

So, the future at BMW design looks fascinating, but there’s a lot you can do now to modernize your current BMW. While the brand may have temporarily veered away from its sports and performance car heritage in pursuit of mass-appeal luxury sedans, it can take just one or two models to re-ignite that sporting passion for the BMW brand, something that we’re sure the 8 Series will do. Until that happens, contact Foreign Affairs Motorsport today and we’d love to arrange a meeting to discuss some BMW customization ideas with you.