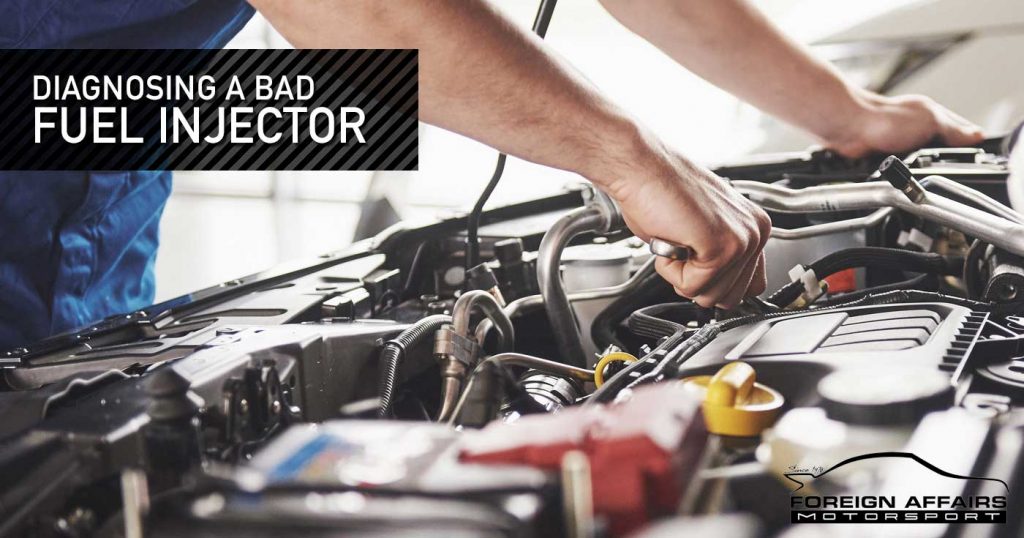 How a Fuel Injector Operates

To understand how a fuel injector can fail, it’s important to know how they operate. The fuel in your gas tank is pumped from the tank to fuel lines that lead to injectors. Some high-performance cars, such as the Golf GTI, will have a secondary fuel pump in the engine bay. This ensures that the fuel in the fuel rail is of high enough pressure that it can be sprayed into the combustion chamber as a fine mist by the injector’s nozzle.

Signs Of a Bad Injector

There are three ways to repair an injector problem. If your injector has failed due to a blockage, injector cleaner can be added to fuel to help clean out the injector and free the blockage. In more severe cases a professional will need to remove the injector and clean it with kerosene or similar cleaning materials.

Some injectors are serviceable, which means the solenoid, plunger, and electrical contacts can be removed. Once removed these parts can be further cleaned, or have parts that have failed, such as the solenoid, spring or plunger seal, replaced. Where fuel or age has corroded or cracked an injector, its recommended all of the injectors be replaced. It is also wise to request your mechanic flush your fuel tank and lines so that your new injectors operate properly.

If you suspect one of your injectors has failed, and you’re unsure of how to proceed, pop into our Pompano Beach Automotive repair shop, and one of our friendly performance shop pro’s will happily assist you.