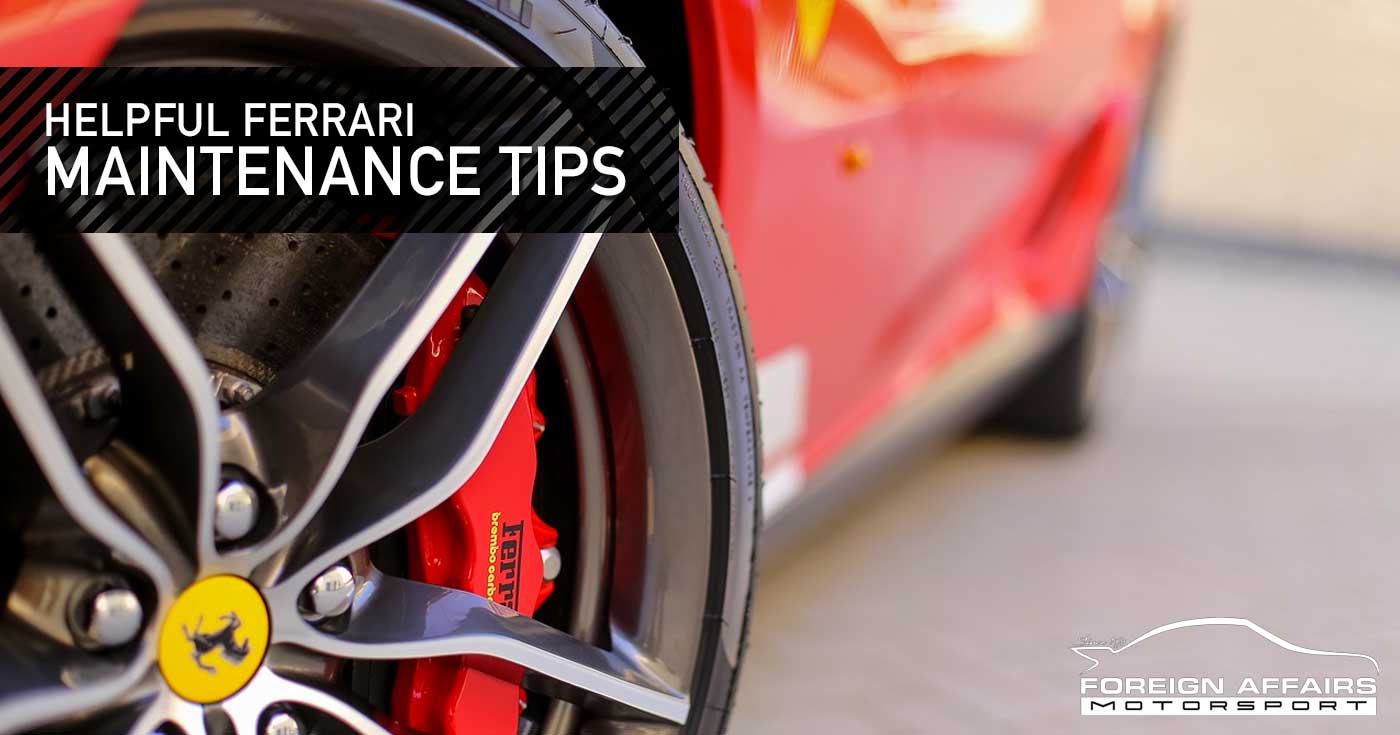 Ferrari has become synonymous with racing due to their extensive racing heritage, becoming a mainstay in Formula 1.

It is widely known that Ferrari’s innovations from F1 trickle down into their road cars, which has given Ferrari a reputation for being one of the most sought-after performance sports cars in the world.

However, at the end of the day, a Ferrari is still just a car, and like any car, things go wrong with age and lack of maintenance, and the cost of Ferrari maintenance often scares people from owning one.

Our performance shop pros share some of their tricks to keep your Ferrari happy and healthy.

Yes, it seems unreasonable to spend $1,000 a year on an annual service, especially when a supercar is not driven as much as a regular car but there are two things you need to be reminded of.

First, Ferrari is a handmade exotic performance car. The words to remember are exotic and performance. Being an exotic, parts aren’t made locally and have to be shipped from halfway across the world and that increases costs.

Being a performance car means that the engines tend to be bigger and have more parts. For example, a 6.4l Ferrari V12 will need 12 spark plugs, 19 quarts of oil and 16 quarts of antifreeze, due to the sheer size of the engine.

You want to avoid is using cheaper oil, spark plugs, and other maintenance items not recommended or suited to the car can cause the car’s engine to fail and require expensive engine rebuilds. Taking care of the small things before they have the chance to develop into larger problems is the best way to enjoy Ferrari ownership.

There are hundreds of videos online of Ferraris and other exotic supercars catching fire and burning down. This has given many people the wrong idea about owning these types of cars because they’re viewed as dangerous to own and drive.

The truth is that your Ferrari is just as likely to catch fire as any other car on the market. The only reason for an increased ratio of videos of supercars catching on fire online is because when an old Ford or Toyota burns down, let’s face it. It’s not memorable for us.

When you’re buying an older Ferrari it is important to remember that materials wear and fade with age, and in a Ferrari, this tends to happen faster due to the heat these parts experience being so tightly packed around the engine.

On models like the Ferrari F355, the fuel lines and fuel tanks are known to become brittle with age and crack, allowing fuel to escape on to the hot engine surface and ignite. With all the old school noise insulation in the bay, they tend to burn a lot faster. Undergoing preventive maintenance like replacing fuel lines and tanks for modern alternatives, and the old-style insulation for newer foil based insulation can save your Ferrari from severe damage.

Another bit of important information to research on your Ferrari is on service procedures. Ferrari fanatics will know that the 360 is more desirable than the 355, as the 360 has a service hatch to access the engine behind the seats, while the 355 requires the entire engine to be dropped out of the car to do engine maintenance. Knowing what to expect will help ease the burden that comes with Ferrari ownership.

Whether you’ve got a modern front-engine California or a classic mid-engine Testarossa, our friendly performance shop pros can guarantee that your Ferrari will always be in the safest of hands.