The High-Performance German Sports Cars We Can’t Wait For 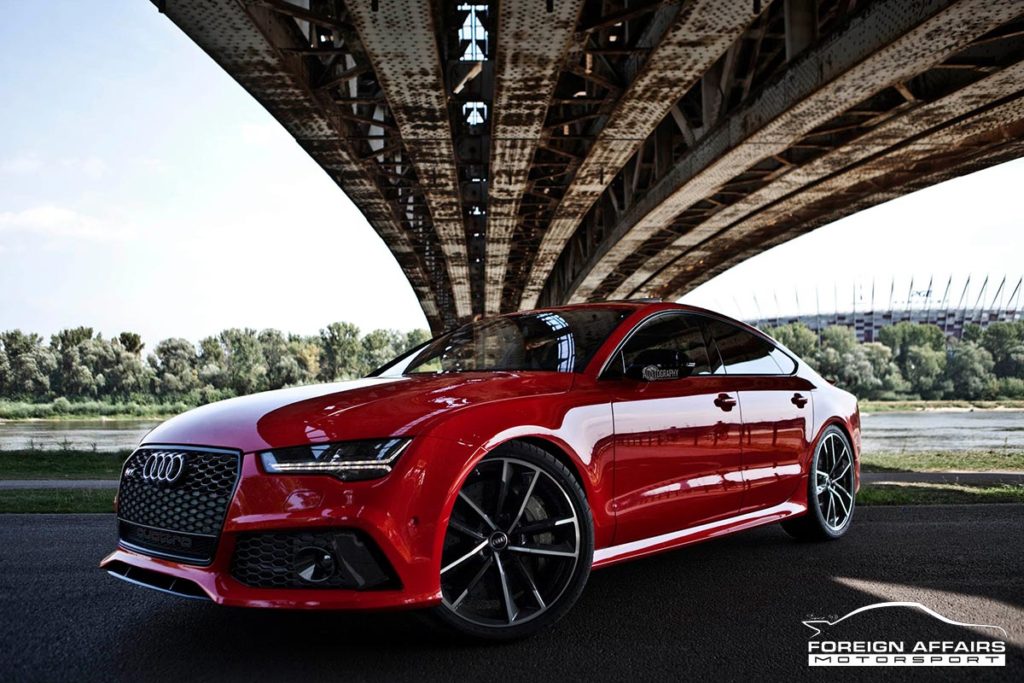 For all the talk about lower emissions, better fuel-efficiency, and weight-saving materials, the true petrol head still wants to know: “okay, but how fast is it?” Cars are ultimately about movement, and when it comes to high performance German sports cars, moving rather quickly. Thankfully, the Germans are never at rest, with something exciting always waiting in the wings to be unleashed on an adoring public. With that in mind, we’ve rounded up the upcoming performance models we are most excited about from Audi, BMW, Porsche, and Mercedes-Benz.

Audi’s RS models have continued to impress with their hugely powerful engines and endless grip through the corners. Of all of them, the new RS7 promises to be one of the most evocative. While Audi’s bread-and-butter sedans can appear a bit clinical, their niche models tend to push the envelope. The next RS7 is likely to be fitted with a 4.0-liter, twin-turbo V8 that’ll give you access to more than 600 hp. Considering the current model’s sub 4-second run to 60 mph, one can only imagine how vicious a performer the new one will be.

The new 8 Series was a hit before any power output was revealed or heavily camouflaged test mule seen. The rarity and mystique of the original model has ensured that the “8 Series” badge remains one of the most desirable. Considering that BMW has been quite stingy with ultra large and high-performance models (the i8 came years after Audi’s R8 and the Mercedes SLS and is ultimately a hybrid; BMW has never had a direct competitor to the CL / Mercedes S-Class Coupe, and there is still no M7 to take on the S65 AMG), and the new 8 Series is what Bimmer fans have been dreaming about.

Earlier this year, the Concept 8 Series design was revealed and has met with critical acclaim, featuring a huge iteration of the kidney grill and a very Maserati-like profile. Let’s hope that the final design doesn’t stray too far from the concept.

Only 50 of these special edition GT C coupé’s will be made available in the U.S. Taking yet another step forward in performance, the GT C will offer 550 hp and 502 lb-ft of torque, enough to realise a 0-60 mph time of 3.6 seconds and a top speed of 196 mph. Making use of the GT R’s rear-axle steering system, it’ll carve up the corners, too. This unique model will also feature a Graphite Grey Magno exterior color, along with a Nappa leather interior in a tasty combination of grey and black.

This is set to be the most powerful of all 911’s… let that fact sink in for a moment. The upcoming GT2 RS is reported to deliver a violent 700 hp and 553 lb-ft of torque, which will allow it to reach 60 mph in just 2.7 seconds. Huge 325/30ZR21 tires at the rear will somehow try to deliver all that power to the road. Prices will start at above $290,000 for the lucky (and hopefully skilled) few who will find themselves behind the wheel of this beast.

Our choice? We’ll take the GT2’s chassis, the Merc’s engine, and the Audi’s interior, and attempt to stuff them all into the shell of the 8 Series.