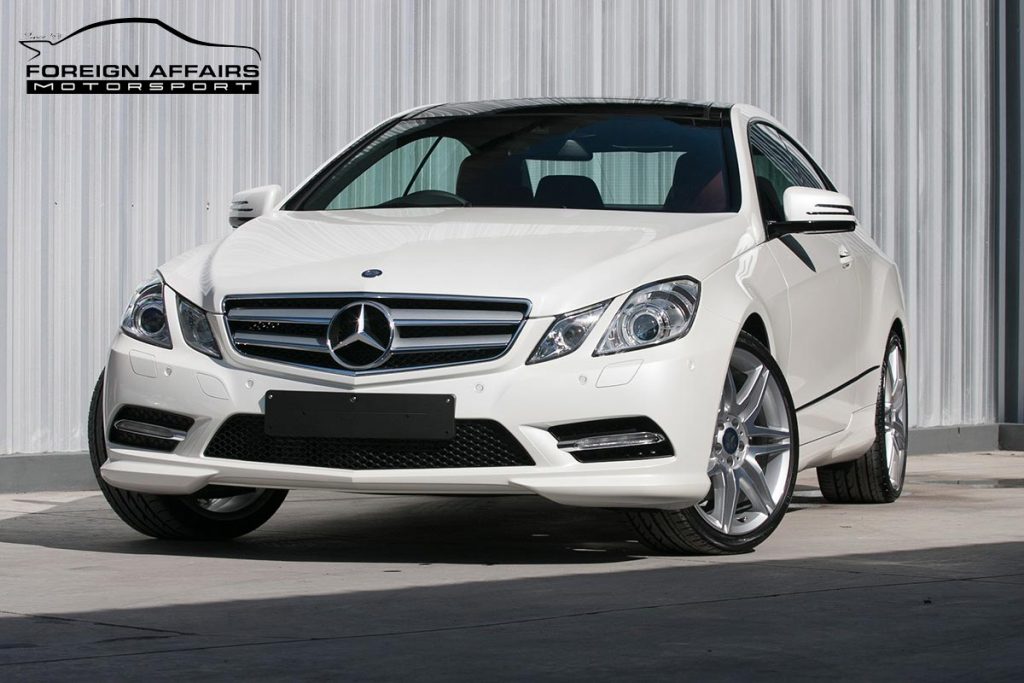 Each month, we see some of the best Mercs passing through the doors of our Mercedes performance shop, and over the last couple of years, we’ve got to hand it to this German giant for producing a range of vehicles that keeps improving.

Last year, the automaker’s efforts paid off in a big way, as Mercedes surpassed BMW as the global leader in luxury car sales for the first time in years. In the USA from January-March 2017, Mercedes-Benz is ahead of its chief rival by 7,500 units. All this success can be attributed to a formidable range of cars with few weaknesses.

Let’s take a closer look at some of the model ranges that have lifted the brand to new heights.

In a market that is gradually abandoning the traditional three-box sedan in favor of the more macho SUV, the GLC stands out as one of the best. With its C-Class underpinnings (and we all know how good the current C is), the GLC and its flashy coupé cousin add to the mix compelling design and the raised ride height which has become so sought-after. Mercedes is also delivering when it comes to interior design, and although the GLC may not actually be any better built than the equivalent Audi or BMW, its interior easily offers the best sense of occasion.

Although less distinctive than it was before, the E-Class is also more capable than it has ever been, a fact backed up by it receiving the world luxury car of the year gong in April, beating out the new 5 Series in the process. With its striking interior, typically Mercedes take on luxury and comfort, and a brace of new-age driver assistance technologies, the E-Class does little wrong. That said, the new E is a good pick for some performance and styling work, as the exterior lacks the compact edginess of the C-Class and the sheer presence of the S-Class, and talking about the latter…

Despite Mercedes producing some of the world’s best SUVs, the essence of what this brand is all about is still most tangible in the S-Class. BMW responded with the impressive new 7 Series, but the S-Class never seemed to lose its title as the benchmark. Now, the S has been updated to further establish its dominance in the segment. While the flawless ride comfort remains, a new range of engines – including in-line sixes – mean that it’s even more efficient than before. Mercedes has also taken another step towards autonomous driving, with its various driver assistance systems all refined: one tap of the indicator stalk is now all that’s needed for the S-Class to check if a lane change is safe, and for the car to do it without manual intervention. That old catchphrase “it drives itself” is really starting to take effect.

Without a doubt, the allure of the Mercedes brand has taken a big leap forward thanks to the success of its AMG models over the last decade or so. With an AMG model in virtually every model line, Mercedes clearly believes in emotive motoring as much as it does luxurious kind, and that wasn’t always the case. The C63 remains perhaps the most appealing of all, thanks to its comparatively compact size. While the E- and S-Class AMG models are brutes more accustomed to high-speed cross country drives, the smaller C63 is a legitimate BMW M4 rival, even sacrificing comfort in its quest to offer an engaging drive. It also helps that it sounds and looks fantastic.

Do you think Mercedes-Benz has set itself apart from its BMW and Audi rivals, or are these three German giants as closely matched as they’ve ever been? Let us know on our Facebook page!