How to Improve Your Porsche’s Sprint Time 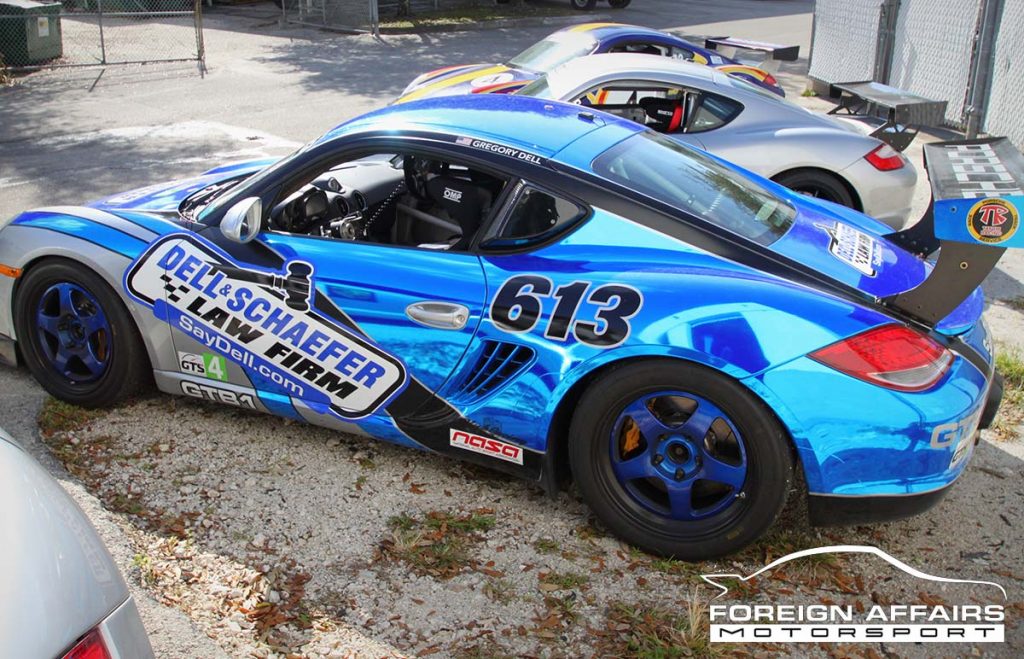 Go Faster with Numeric Racing Parts and Others

Be it the alacrity with which you effect each gear change, or the fitment of a high-grade performance enhancer from the Numeric Racing parts bin, very few of us would say no to anything that improves the sprinting time of our sports cars.

If you’ve ever visited the likes of Homestead-Miami Speedway or Palm Beach International Raceway, you’ll know that often, mere hundredths of a second are all that separate glory from defeat.

So, let’s take a closer look at how to shave those valuable seconds off your Porsche’s sprint time with some clever modification ideas.

Competition Shifter – Numeric Racing
Why have modern automatics and dual-clutch transmissions begun to surpass manuals in terms of accelerative performance? Quite simply, their gearshift times have dramatically decreased. The standard manual transmission hasn’t evolved as much, and generally comes standard with a longer throw to aid driver comfort. That longer throw adds to your sprint time, which is why you should consider a competition shifter for your Porsche. With less distance to cover between gear changes and better feel, you can reduce your sprinting time.

Porsche 986 Boxster EVOMSit ECU Tune
Reprogramming your Porsche’s ECU is a viable, non-mechanical alternative to seeing a performance hike. If you own a first-generation Boxster, you’re probably especially wanting for better performance and this ECU software will increase both torque and horsepower outputs by, for example, altering fuel/air ratios. For the 2.7-liter model, you can expect to see a jump from 217bhp to 229bhp following the remapping.

Porsche 996 Turbo Sport Intercooler Kit
You only need to revisit high school chemistry to know that the colder air is, the more oxygen it carries. Why is this important for your turbocharged Porsche? Well, the more oxygen you have, the more fuel you can burn, and the power output of your car consequently goes up. Your intercooler ensures that the air intake charge is sufficiently cooled before entering your engine. A Turbo Sport Intercooler Kit from FVD Brombacher offers 20% more cooling than the standard item, and the result is ultimately more power and better acceleration for your Porsche 996 Turbo or GT2. A number of similar intercooler kits are available for other Porsche turbo models.

Porsche Sports Headers
A relatively simple bolt-on modification, sports exhaust headers improve your engine’s ability to expel gases from the cylinders. These headers get rid of the manifold’s back pressure, which means that instead of a single manifold shared by all cylinders, each cylinder makes use of a dedicated exhaust pipe, leading to a larger pipe which is called the collector. Plus, while you’re busy setting your personal best sprint time, you’ll also be doing it in a car with a harder, more aggressive edge in the sound department.

Performance Wheels and Tires
A new set of sticky performance tires is virtually the equivalent of around 50 more horsepower. Honestly, the advantages of a number of performance mods are cancelled out if your Porsche isn’t riding on suitable wheels and tires. While those 19-inch monsters you fitted may look great, their larger size and heavier weight will do nothing for quick bursts of acceleration. As good as a very low-profile tire may look, if it’s ultimate accelerative performance you’re after, steer clear of these.

With so many options at your disposal for increasing your Porsche’s sprint times, and the many variables from model to model, your best bet is to speak to a qualified technician who can make the best possible recommendation that’ll see you leaving the competition eating your dust!