Porsche is a name denoted to luxury. Porsche performance means comfort and refinement, brought together in a beautiful presentation. At Foreign Affairs Motorsport we understand what makes the Porsche tick and appreciate the beauty of the Porsche design, both inside and out.

Through the years, different models of the Porsche have been created but the distinctive style that makes the Porsche recognizable has not changed. An evolving line of Porsches, starting in 1978 with the 928, continued on to end in 1995 with the 968. This line showcased some of the best of Porsche’s distinctive designs and innovations while maintaining a family resemblance as the line changed through the years.
Model 928 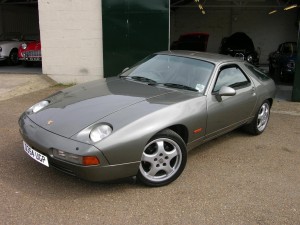 The 928 model is one of seven front-engine models manufactured by Porsche. Four of these models were coupes, including the 928. The 928 is Porsche’s only coupe powered by a front-mounted V8 engine, and is Porsche’s first V8 powered model.

The predecessor to the 928, the 911, was considered a hard to handle model. With the design of the 928 Porsche used a transaxle to attain 50/50 front/rear weight distribution, aiding the car’s balance, making it a more relaxing car to drive. Although the 928 weighed more than the difficult-to-handle 911, it’s equally balanced weight and more powerful engine provided similar Porsche performance to the 911 on the race track.

The body of the 928 was styled by Wolfgang Möbius under direction of Anatole Lapine. In an effort to make the care more lightweight, the doors, front fenders, and hood were made from aluminum. However, galvanized steel made up most of the body.

Other innovations featured in the 928 include:

The efforts Porsche lent to the design and development paid off during the 1978 European Car of the Year competition, where the 928 won ahead of the BMW 7 Series, and the Ford Granada. The 928 is the only sports car so far to have won this competition, the usual winners are conventional hatchbacks and sedans from major European manufacturers. The Porsche performance in this competition is considered evidence of the 928’s design being ahead of its time compared with that of its completion at that time.

In 2007, 2008 and 2009 American racing driver Carl Fausett competed in the Open Division with his specially prepared and supercharged 1978 Porsche 928 at Pikes Peak International Hill Climb. The Pikes Peak is the second oldest auto race in the United States. A 12.42 mile course sporting 156 turns starting at 9390 feet in elevation and ending at the 14110 foot summit of Pikes Peak. Fausett took 3rd place in the Open Division in both 2007 and again in 2009.

On September 15, 2011 Carl Fausett set the current world record as the fastest Porsche 928 in recorded history at the Bonneville Salt Flats. The Utah Salt Flats Racing Association clocked the record setting run at a stunning 216.63537 mph. The 928 nicknamed as the “Rekordwagen” was a 900 BHP supercharged 6.54 liter 32 valve specially built to attempt the land speed record.

The Porsche 944, introduced in 1982, used the same 924 design and remained in production until 1988. The 944 was available in coupé or cabriolet body styles, with either naturally aspirated or turbocharged engines.

Differences between the Porsche performance of the 944 and the 924 included:

In 1989 the 944S2 was released. The 944S2 was powered by a 211 PS normally aspirated, dual-overhead-cam 16-valve 3.0 L version of the 944S engine, making it the largest production 4-cylinder engine of its time. Additionally, the 944S2 was equipped with an adjusted transmission and gearing to help better serve the 3.0 L M44/41 power plant. This model was the first design to use an integrated front bumper, where the fender and hood profiles would flow seamlessly with the bumper, a design feature that now is seen in widespread use on models from 1990 onward. 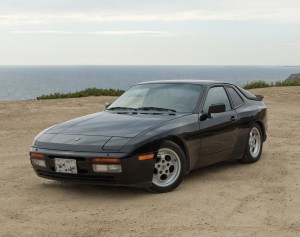 The Porsche 944S2 was raced, in the British championship that was called the Porsche Motorsport Championship. The Porsche performance was cited as 0-60 mph in 6.0 seconds, with a top speed of 150 mph through manual transmission.

In early 1990, Porsche engineers started designing what was meant to be the third make in the 944 series, the S3. While plans evolved through development, eventually so many parts were changed that Porsche had created a nearly completely new vehicle. With the realization that Porsche had developed a new model they shifted development from the 944 to the car that would ultimately replace the 944 series, the 968. 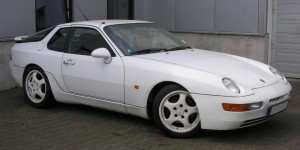 Styling for the Porsche 968 was a continuation of the 944, which, in turn, was styled from the earlier 928 model. The 968 used design element from the more expensive 928 model to help maintain a family similarity in the model line. The 968 featured the swooping headlamp design, inspired by the 959 where the headlamp design was originally found.

New body styling was not the only change featured in the 968. There were several small equipment and detail upgrades added to this new model to enhance the Porsche performance in this line up. Newly added features included a Fuba roof-mounted antenna, updated single lens tail lamps, “Cup” style 16″ alloy wheels, and a slightly updated “B” pillar and rear quarter window to facilitate adhesive installation to replace the older rubber gasket installation. Additionally, the 968 offered a wider selection of interior and exterior colors than previous models.

Under the hood, the powertrain undertook some major updates as well.

Changes to the 968’s powertrain included:

The 968’s engine was the second-largest four-cylinder ever offered in a production car up to that time.

Similarities between the 944 and the 968 models:

The 968 Club Sport, only available officially in the UK, Europe, Japan and Australia, achieved a ‘Performance Car Of The Year’ award in 1993 from Performance Car magazine in the UK. At the 1993 Sandown 6 hour race, driver Peter Fitzgerald and Brett Peters raced a 968 CS and won in the Australian competition debut of the model.

Foreign Affairs Motorsport is a full Porsche vehicle line-up service facility serving the Pompano Beach area. When it comes to understanding how to care for and maintain Porsche performance, we at Foreign Affairs Motorsport are time tested and trusted to offer premium service to increase Porsche performance through service and maintenance. Foreign Affairs has been servicing South Florida’s automotive community since 1978. We are the oldest independent family owned and operated German auto repair, performance, and racing facility in the Southeast United States.

We take pride in our work and appreciate our customers for their confidence in trusting us to deliver the best service to their prized cars. We provide a comprehensive, step-by-step vehicle inspection on all major systems with a team of highly trained technicians. We adhere to all factory service requirements for each specific model and model year as indicated on the Porsche maintenance schedules. Any repairs identified by the inspection process will be fully root-caused with a cost estimation provided beforehand to ensure the highest customer satisfaction.