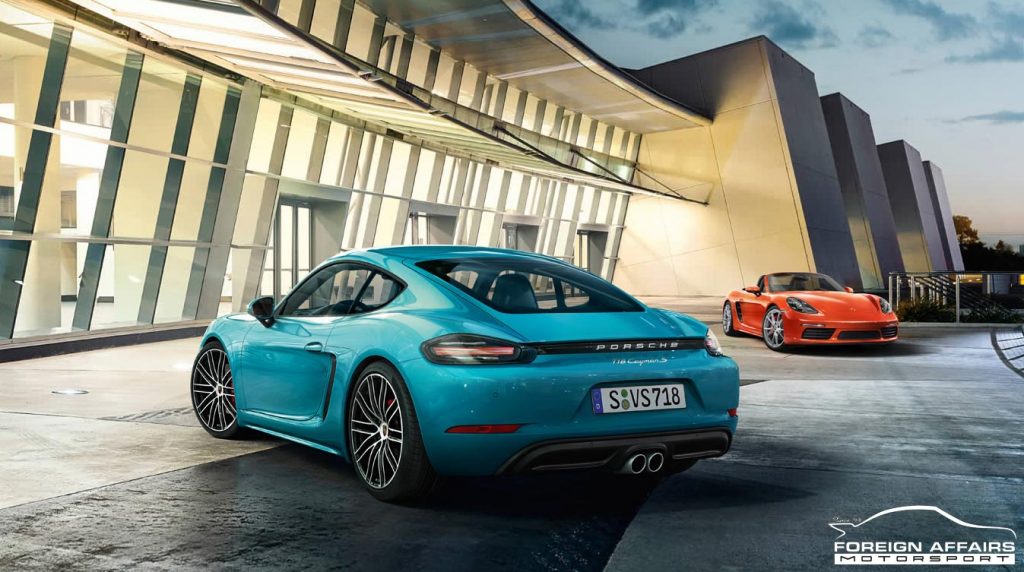 Videos of Tesla’s Model S P100D out-accelerating all kinds of exotic machinery have racked up hundreds of thousands of views on social media. Thanks to the instant torque delivery made possible by electric propulsion, this Tesla has attained instant fame. Yet, without a meaty-sounding Porsche sport exhaust or Mercedes-AMG bellow from the back, there’s something cold and clinical about its delivery.

This brings us to one of the intangibles of sports car appeal: engine sound. It isn’t something that can be measured on a computer or printed in black and white, but an engine’s sound – for most enthusiasts – remains a big part of a car’s emotional appeal. In this era of downsizing, hybrids, and full-electrics, is this aspect of the sports car under threat? A look at Porsche’s model line says it might be, with the Boxster and Cayman’s new range of four-cylinder turbos providing all the performance and drivability anyone could ever need, but without the mean roar of a Porsche classic flat-six. Worse than this, BMW has been criticized for synthesizing engine noise through the car’s speakers, something that would have been unthinkable on a fairly recent model like the wild E60 M5.

Porsche Engine Sound – The Science Behind The Growl

Before we consider how we can fix the 718’s exhaust note, why is it that sixes, fours, and eights actually sound so different to each other? The short answer isn’t, well, very short, as there are loads of variables at play here.

It begins with hundreds of frequencies produced by an engine, with one predominant frequency which we register as engine sound, also called a root note. The root note is created by the exhaust gases escaping from the combustion chamber and into the manifold. Unique engine configurations further affect the sound we eventually interpret as engine noise. For example, in a Porsche flat-6 engine design, both primary and secondary forces are well-balanced for a smooth delivery and appealing sound. On the other hand, the four-stroke cycle flat-4 suffers from the same issue as all four-cylinders in that there is no overlapping of the power strokes. This causes a gap between power strokes and a pulsating delivery of torque, unlike in engines with more cylinders where the power strokes overlap. This is just one of the reasons that a six continues to produce a smoother, more enjoyable sound.

Don’t get us wrong, the new flat-four 718’s has a unique character all of their own, and some may find the rougher noise appealing in its own way. For those who don’t, our performance and styling department have lots of experience in fitting sports exhausts which can provide the sexier sound you’re looking for.

Fabspeed offers the Supercup Turboback Exhaust System for the new range of 718 Boxsters and Caymans, which not only reduces weight by 36lbs, but improves performance and engine acoustics. When Sport Mode is activated, you’ll get to enjoy extreme burbles and backfires on overrun, and a distinct bark on downshifts. Spooling sounds from the turbos are also muffled by the factory exhaust system, but the Supercup system always reminds you of their presence. These exhausts are also beautifully finished in polished stainless steel, and come fitted with either stainless steel or carbon fiber tips for just the right look. Fitting this system requires no welding or cutting, as it is a simple bolt-on job, for your peace of mind.

So, while it is becoming a bit harder to drive a new model off the showroom floor with the sort of unfiltered engine sound you grew up with, we can recommend and fit a sports exhaust to bring back the joy. From Porsche to BMW, Audi, and Mercedes-Benz, chat to one of our technicians today.