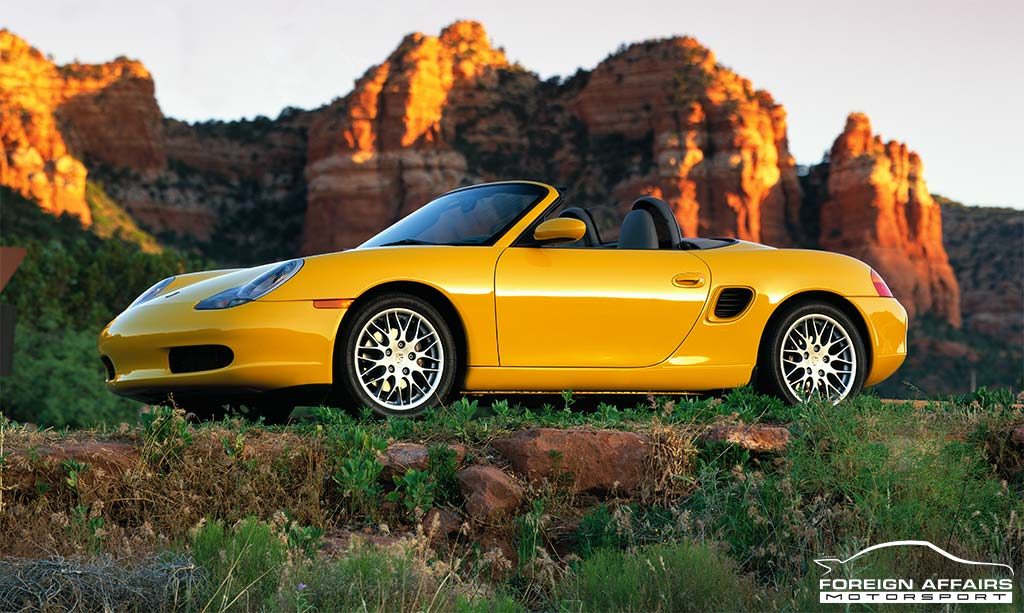 A consistent Porsche preventative maintenance schedule seems to come naturally to owners of the most popular range of high-end sports cars in the world. It’s not a rarity to see a 20 or 30-year old Porsche model still in an immaculate condition, so loved are these cars.

This is great news if you are in the market for a second-hand Porsche. If you are willing to put in the time to distinguish between a great deal and an average one, there’s no reason you shouldn’t be able to find yourself a winner. In the case of the Porsche Boxster, due to its lower price relative to the 911 range, there are even more options available, and that’s exactly our focus for this guide: how to spot a well-cared for Boxster from one that may have been neglected. We also look at some useful information pertaining to each generation of the Boxster.

Codenamed the 986, the original Boxster was the first Porsche to be designed as a roadster from the start since the 550 Spyder from the 1950s. The first Boxster sported a 2.5-liter flat six-cylinder motor that produced 204 hp and 181 lb-ft of torque. Ultimately, there has never been a ‘slow’ Porsche Boxster model, with even these early versions providing a high degree of driving enjoyment. If you are on the lookout for one of these first-generation models, do look out for the following:

With a complete service history in place, these Boxsters are capable of many years of service and attaining high mileages without serious issues.

Despite a similar appearance to the 986, the second-generation Boxster was said to share only 20% of its components with its predecessor, according to Porsche. The major improvements are in the engine compartment and the interior. The base model now featured a 2.7-liter which was good for 240 hp, a 36 hp increase over the first model. Not only were the engines more powerful, but they were more reliable than those used in the previous Boxster.

No major issues were reported, but as always you should insist on a model with a full-service history. One red flag to look out for are broken suspension springs; you can spot these if one corner of the car is lower than the others, or if there is a clear noise from the suspension when driving.

The third generation Boxster was the last to feature Porsche’s six-cylinder engines, and will likely remain much sought after for years to come because of it. As these models aren’t too old, your expectations when shopping around should be much higher.

A Few Further Pointers on Buying a Used Porsche Boxster:

Like any car, Porsche’s junior sports car benefits from fastidious preventative maintenance and a complete service record. The performance capabilities of the Boxster mean these factors are even more important in making sure you get yourself a good car. Happy shopping!