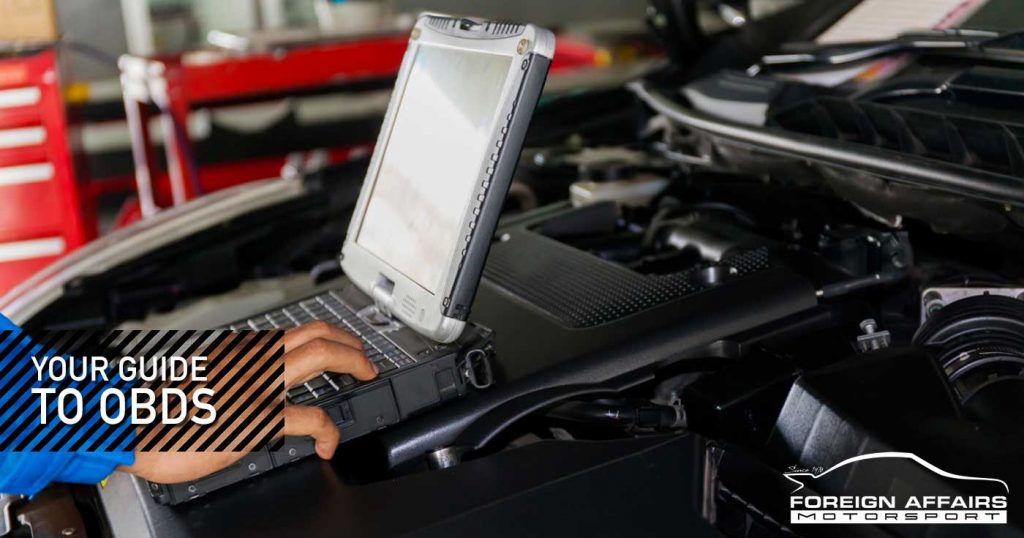 One of our favorite subjects is the rise of electronic control in the motoring industry. Cars are getting smarter and more intuitive as features such as radar distance control, park assist and artificial intelligence become more mainstream.

Rise Of On Board Diagnostics (OBD)

Unfortunately, computers are still fallible and often strange errors leading to erratic vehicle behavior can occur. Some standard was needed to interface with the car’s computer system to monitor both errors and vehicle emissions. This standard was made mandatory on all cars sold in the US since 1996 and is called On Board Diagnostics or (OBD-II). Every new vehicle has a concealed OBD port usually somewhere in the front fascia or driver’s footwell. This can be connected to an external computer or scanner which can monitor and, in some cases, modify vital engine control parameters and sensor data.

Some aspects of the standard are fixed, such as a universal connector type and certain dedicated pins with specific communications protocols. However, several of the pins in the connector where given to “manufacturer discretion” and this is where OBD-II gets interesting. In the race to implement and tune electronic fuel injection during the 1980’s many manufacturers had developed their own standard of computer-vehicle communication. At the start of the 90’s California enforced an emissions control system standard which morphed largely into OBD-I. Unfortunately, there was no set connector or protocols for this standard merely that there was some diagnostic information available. When OBD-II came out, manufacturers were forced to use a set connector, but given scope on some of the pins.

Of course, what they did was move their proprietary standard to those pins. This opened the market to scanner manufacturers and gave rise to the universal scanner. Each manufacturer uses different error codes and signaling protocols but it all comes through the same connector. Connecting a scanner with a built-in database will easily read the error code, and then cross reference it with the manufacturer data to come up with the specific subsystem and/or sensor fault. Real time data can also be read such as engine RPM, boost pressure, manifold pressure, upstream and downstream oxygen levels and misfire count to name a few.

This has made vehicle diagnostics much easier, but has also found a home with enthusiasts wanting to have their vehicle in optimal condition while accessing real time engine data on the track. Another use has been telemetrics companies who have partnered with insurance, such as Verizon’s Hum to reward drivers with lower premiums for better driving. People with malicious intent have also been able to hack into and gain control over a vehicle using the OBD port, since it was never really designed with security in mind.

For the more hard-core enthusiast scanners such as Autel’s Autolink, and BlueDriver are available to read error codes and even send data via Bluetooth to a tablet or smartphone. Computers are wily beasts though and sometimes an error code simply won’t go away. That is where the human element proves invaluable. An experienced technician such as those on our ASE certified team at Foreign Affairs Motorsport will diagnose the entire vehicle as opposed to the error code and can save many dollars by fixing the true fault and not what the computer thinks it is.