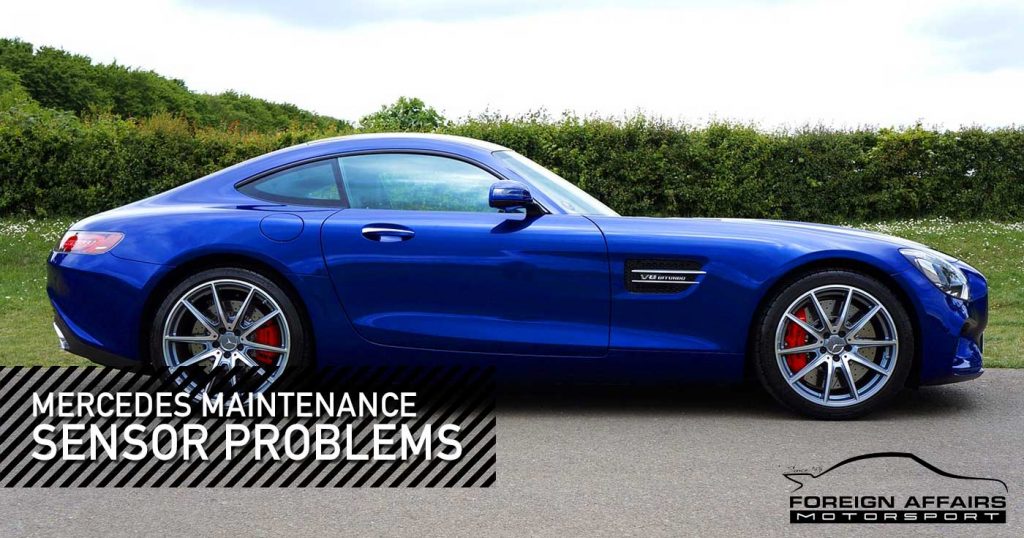 Welcome to the 21st century. The days of tuning vehicles by hand and traditional Mercedes maintenance are long gone. The old carburetor engines that our fathers and grandfathers used as daily drivers have given way to computers on wheels. This change came about roughly thirty years ago as the relentless pursuit of the ever slimmer efficiency margins that precise engine control could give the internal combustion engine.

Historically there were several subsystems that were responsible for the smooth running of your car. Internal combustion engines rely on controlled explosions to generate power. What this basically means is that the classical fire triangle holds true – you need oxygen, fuel and some sort of ignition source. These translate into the subsystems of intake, carburation and ignition. Today all this is controlled by one central computer, called the Engine Control Unit, or ECU. To accurately calculate just how much air, fuel and spark the engine needs at exactly the right time, the computer relies heavily on its only inputs; sensors.

The Top 3 Sensors In Your Mercedes

Any modern car from the humble city runabout to the lethal Mercedes AMG relies most on three sensors. Lets have a look at the big three, and what possible running symptoms the failure of these sensors cause in your Mercedes:

On the older cable operated throttle mechanisms, this sensor reports the position of the throttle to the computer. (More modern systems use a hall effect sensor and a motor). Without this data, the computer has no idea if you’re stomping on the gas or not. Classical symptoms of a faulty system are over revving, or hesitation and a lack of power.

This hall effect sensor has the job of reporting the crankshaft position to the computer. It relies heavily on this to set spark timing and calculate RPMs. Since they are mounted close to a pulley on the gearbox or engine, they often get dirty and can result in difficult starting or hesitation.

These tell the computer how much air is entering and leaving the engine. They are critical for economical running and ensuring that the engine stays at the designed temperature. Overheating and extreme petrol or diesel use can often be linked to these sensors. A faulty one will often result in a failed emissions test.

Most often when one of these sensors fails, there is a feedback loop sent to the ECU, and your engine warning light will illuminate. However, sometimes they play possum and the computer doesn’t detect any error, but your Mercedes gets a Jekyll and Hyde type personality. Determining the exact sensor fault is often an art; making mistakes is costly as to replace a perfectly fine sensor can cost hundreds of dollars and is best left to a skilled team like our ASE certified technicians at Foreign Affairs Motorsport.

So far we have only skimmed the surface of the hidden electronic world that keeps your Mercedes running smoothly. There are many other systems besides the engine controller such as the climate control, safety management and driver assist that all rely on (you guessed it) sensors. If you suspect a sensor fault, why not pop into our shop for some free advice or a diagnosis from one of our expert team?