Audi Performance Upgrades For The Conservative A4 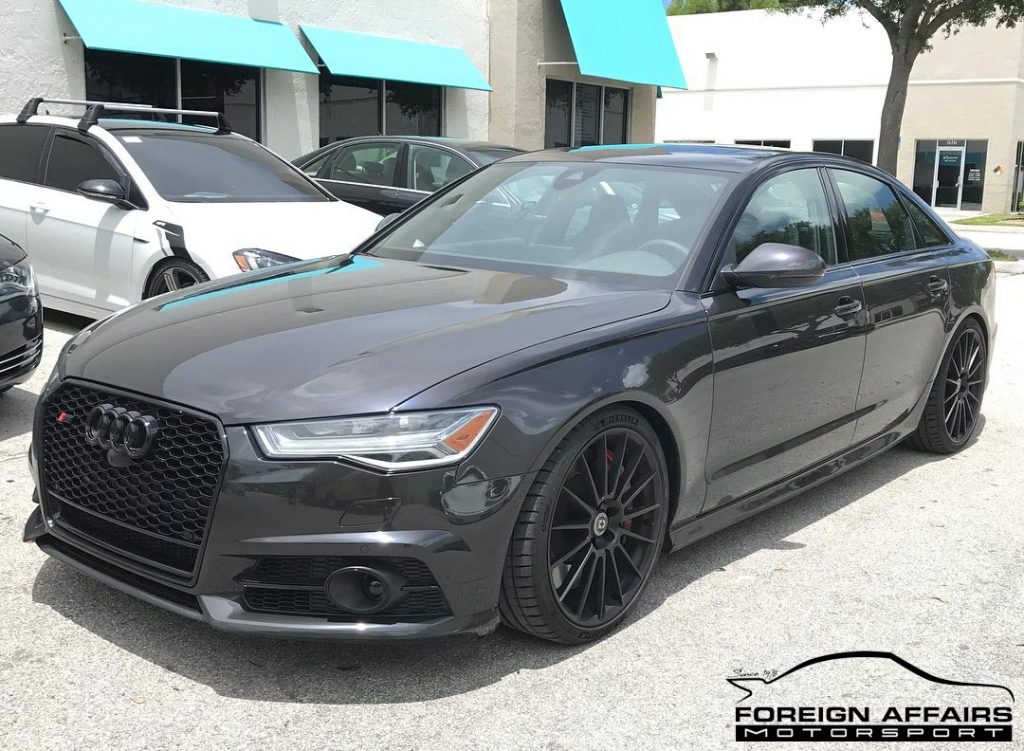 Audi’s growth in the North American premium car market has been impressive over the last few years, with a 76% increase in sales since 2011. At our own workshop, we’ve also seen a consistent increase in owners seeking Audi performance upgrades for their cars.

It’s not too difficult to understand this growth. Where Mercedes-Benz once ruled as the ultimate luxury cruiser and BMW as the sporty alternative, Audi has been able to match and, in some cases, surpass the virtues of its two closest competitors. Throw in Audi’s knack for best-in-class interiors, and the package is an undeniably complete one.

A big part of this success is the A4 sedan, with its blend of sophisticated technology and a comfortable, engaging driving experience. What the A4 hasn’t quite been able to leave in the past is its conservative design, now shown up by the sexier C-Class. While niche models such as the A7 and R8 are real head-turners, Audi has struggled to imbue its bread-and-butter sedans with the same sense of occasion. All of this is set to change though, as design head Marc Lichte recently alluded to when speaking about the near future of Audi design. Until such time, we’ve got the A4: classy, capable, but a little bit dull. Of course, the guys from our performance and styling department are capable of transforming even the plainest machine into something special.

Rolling around on puny standard rims does an A4 no favors, but when lowered and fitted with larger rims, the A4’s design suddenly goes from conservative to stealthy. Think Liam Neeson in Taken (when he ripped through Paris in an A8) or the iconic car chase scene in 1998’s Ronin, and you’ll get an idea of what we mean by stealthy (on another note, Audi sedans are flattered by a black coat of paint).

By increasing the wheel size by two or so inches and fitting a lowering spring set, you’ll instantly have an A4 with a sleeker profile and a more intimidating presence on the road. Bilstein offers a range of suspension kits for the Audi A4 – they use only the best quality materials and test these kits on the famed Nurburgring.

Audi’s enormous front grill still divides opinion, even though the design cue has been around for over a decade. While removing it completely is not really an option, trading the standard grill for a sportier “honeycomb”/mesh grill can do wonders for the front-end appearance of standard A4’s. In some A4’s, such as the B9 model, the standard front grill can be directly replaced by the RS-style version without any sizing alterations. To supplement the sportier grill, a carbon fiber front lip can go a long way to livening up the front of your A4. Carbon fiber add-ons also blend especially well with white paintwork.

You don’t want to impress someone as you pull up and leave them disappointed as you drive off, do you? To spruce up the rear aspect of your A4, consider a sporty diffuser set-up – this should ideally match the color and materials of the front lip. Finish off the look with a set of exhaust tips in chrome or carbon fiber or, if you want to go all the way, fit your A4 with a sports exhaust system which will not only give you a power boost, but beef up the rear aspect. A subtle trunk fin is a nice, final dynamic touch.

While the Audi A4’s standard design doesn’t get the blood pumping as much as some rivals, it is actually an ideal candidate for exterior mods. With its smooth, clean profile (yes, the ultimate sleeper in its class), you can think of your A4 as the perfect canvas to get creative with. Until Audi revitalizes its design department and begins injecting some spice into its volume sellers, we’d be thrilled to chat to you about these and other styling upgrades for your A4.