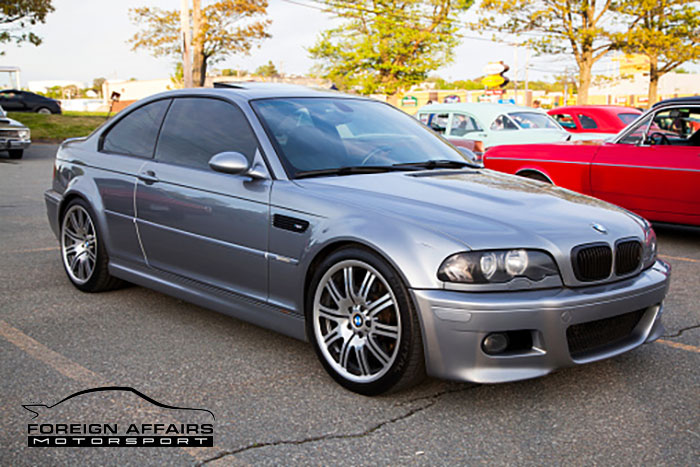 The E30 3 Series played a significant role in boosting the BMW customization market. With its sturdy chassis and solid build quality (not to mention its instant-classic proportions), it was difficult to resist the temptation to create an even meaner bespoke version.

The next two generations of the 3 Series were equally enticing to tune up, including the universally loved E46. This particular 3 Series remained incredibly successful throughout its model life, and many Bimmer fans were sad to see it go when the E90 replaced it (the same can’t quite be said of the current F30 version, which although accomplished, feels dated next to newer competition).

Back to the E46… if you’re still piloting one of these gems and have decided to customize your 3 Series, we’ve put together a little guide to help make the job easier for you. If you haven’t considered enhancing the performance and styling of your E46, a few good reasons to do it are:

So, with those being some of the focus areas where the E46 could be improved, where do we begin?

Let’s be honest. BMW’s lower-rung models have rarely been blessed with a decent set of wheels. They’re either too small or too plain in their design, and virtually screamed for you to tick another box on the options list. Wheels are a good first step in modernizing your E46, and the options are endless. The wheel and tire choice you decide on will be determined by your personal taste, whether you have the sedan or cabriolet, and whether you value performance over aesthetics. Chat to a BMW specialist to work out what the best option is for you.

A lowered suspension goes hand in hand with a new set of wheels, and few Germans sports sedans look more comfortable closer to the ground than an E46. Lowering springs and coilovers will both do an excellent job of eliminating that unsightly wheelgap, the latter being pricier but offering adjustable ride height. Strut Tower Reinforcement Plates will alleviate the issue mentioned above, but only if yours is not badly worn already. JRZ Suspension Engineering offers the street- and track-friendly JRZ RS Pro Sport Line, which fits the E46 3 Series. This package offers the following highlights:

By merely fitting better wheels, tires, and a better suspension system, your 3 Series will be invigorated both from behind the wheel and in terms of presence.

While the increase in power may be mild, an aftermarket cold air intake can endow your 3 Series with a harder-edged growl and better response. The E46 engines are revered for their silky power delivery, but the right intake can add another dimension to the way your car delivers its performance. Couple your intake with an upgraded exhaust system, and you’ll add significantly to the character of the E46.

First things first: don’t replace your 323i badge with that of an M3. That’s asking for curious stares and snorting teenage boys as they pass you by… there are however other ways to give your standard E46 that ‘M3 feel’. Consider these options:

The E46 remains a true driver’s car and a much-loved version of the 3 Series. Now, 11 years since the last model was produced, just a couple of upgrades will transform the car’s appeal. Get in touch with our BMW specialists for expert advice on customizing your BMW!