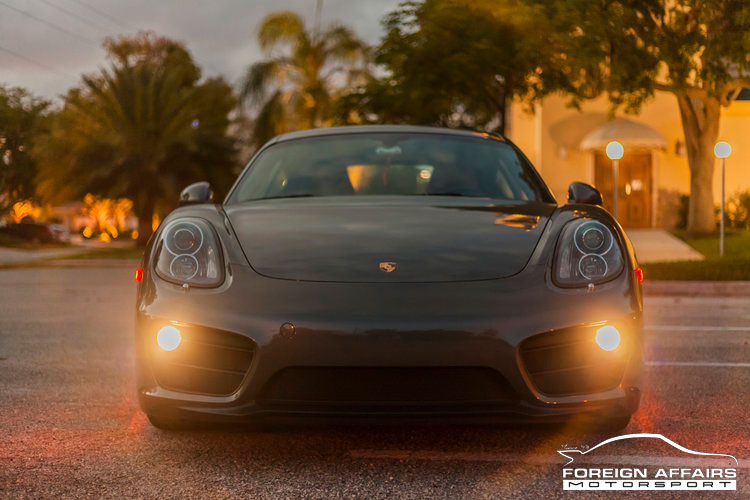 As well-engineered as your average German sports car may be, some technologies take time to perfect. An example is the wave of autonomous driving technologies being introduced by BMW, Mercedes-Benz and Audi: they work, but not perfectly. Similarly, look back at earlier turbocharged sports cars, and while they may have piled on the torque, lag was often a major issue, which is why Porsche turbo upgrades (and those for other makes, too) are a common request, even on more modern examples.

While manufacturers have made great strides in eliminating lag (twin turbocharging is become more commonplace, usually with the smaller turbo compensating for lack of boost low down in the rev range), they haven’t entirely solved the issue. Before we get into some tasty turbo upgrades, let’s take a closer look at what causes lag. To increase power, the turbocharger’s impeller (or turbine) spins to force air into the cylinders at a higher rate than that of a normally aspirated engine. The pressure from the exhaust gases cause the turbine to spin, but because the gases have to flow from the cylinders, through the manifold and into the turbo, a brief delay is the result. This time period is essentially turbo lag, and is the period between the throttle being depressed and the turbocharger responding. The legendary Porsche 935 racing car was a beast once spooled up but suffered from significant lag.

If you’re an owner of a German sports car experiencing frustrating turbo lag (especially on your older model), our performance and styling department have put together a few examples of upgrades that can help alleviate the issue and improve drivability.

In this configuration, two inlets are used for your exhaust gases instead of the usual one. The upside to this arrangement is a turbo which works its magic at both low and high revs. The smaller, first inlet works for when engine revs and the flow of exhaust gas rate is lower, a point in the process where lag usually occurs in a traditional turbocharged layout.

The second inlet is larger in size, and effectively ‘takes over’ to provide a smooth, more linear delivery of power. As an example, on four-cylinder engines, cylinders 1 and 4 could feed to one of the turbo’s scrolls, and cylinders 2 and 4 to another – twin scrolls will prevent overlap and interference of exhaust pressure / fresh air between different cylinders. Twin-scroll turbos also offer more tuning flexibility.

Twin turbos offer several options. For example, you could have a single turbo operating on each cylinder bank (for V6 or V8 engines), or two turbos of a similar size, where one operates at low revs and both at higher revs. The latter setup has the advantage of a flatter torque curve, but the power also won’t drop off suddenly at high revs, which provides a more naturally-aspirated feel from behind the wheel. Of course, this layout is more complicated since you would effectively have doubled the amount of turbocharging components.

Less common than the options we have already covered, VGT makes use of vanes within the turbo – these vanes can open and close their relative angle to the central spinning shaft. In theory, they can close up entirely which would be advantageous at lower engine speeds. This change in the turbine housing’s geometry depending on engine speed is why VGT’s effectively solve the issue of lag. The 2007 Porsche 911 Turbo used two VGT (Variable Geometry Turbine) turbochargers, a rarity on a gasoline engine since the lower exhaust temperatures of a diesel make these turbos better-suited to that application.

Lag can also be reduced by replacing your existing, single-turbo with a more effective version. For the Porsche 996, FVD Brombacher offers the K24/K26 Race Turbocharger. You’ll get an enhanced compressor housing and backing plate, lightened compressor wheels, and a larger inducer / exducer. The end result is 700 hp and a reduction in lag over the stock turbo.

If handled by qualified technicians, upgrading your turbocharger can be done reliably and can greatly improve your experience from behind the wheel. Chat to us about your specific model and we’ll provide you with the best ideas for a turbo upgrade.