Our BMW Mechanic Chooses The Brand’s Best Ever Engines 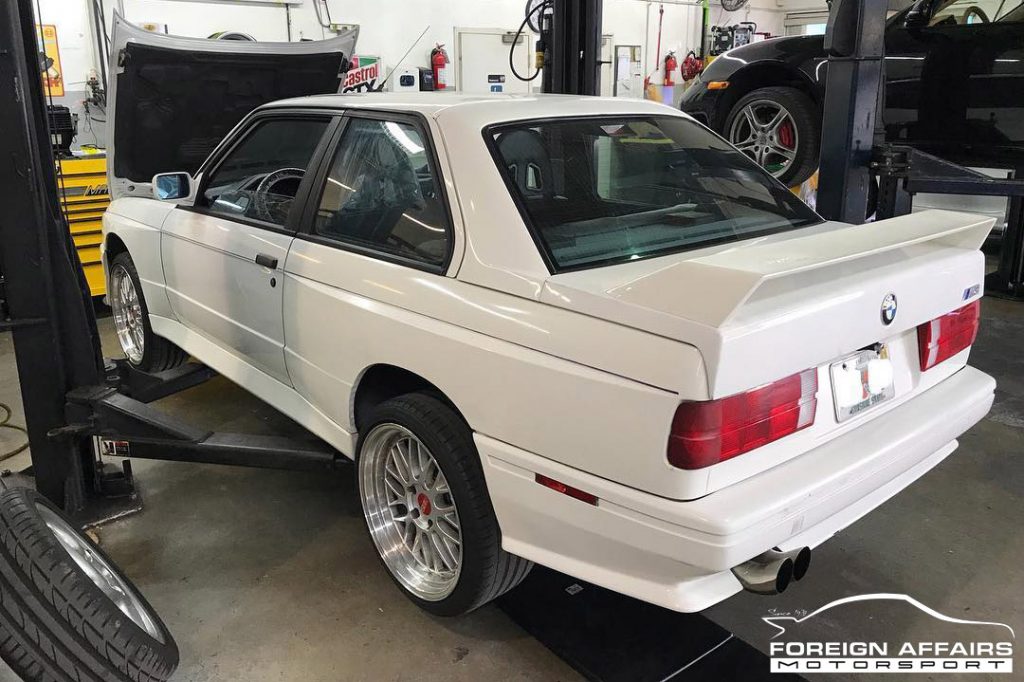 Every motoring manufacturer does something a bit better than everyone else, if not for every individual model, then at least as a range of cars. Think of Mercedes-Benz, and you’d struggle to find another manufacturer that offers so many consistently comfortable cruisers. Porsche would rather down tools than give you a vehicle that doesn’t handle brilliantly, and Audi hasn’t produced a poor-quality interior since… we can’t recall. This isn’t about any of those cars, though. Today, our BMW mechanic has chosen the best engines produced by the Bavarian manufacturer because, when it comes to engines, BMW has delivered in a big way for decades.

What Does It Take For An Engine To Be Great?

There are many elements that distinguish an average engine from a great one. With each manufacturer having their own specific goals, unique technologies, and individual manufacturing processes, it isn’t surprising that one 2,0-litre turbo can end up feeling entirely differently to another engine with the same configuration. We believe a great engine should be a mix of all or most of the following:

With that out of the way, let’s get stuck into the best engines ever produced by BMW, in no particular order. Having worked closely with our many performance parts suppliers through the years, we can safely attest to these engines being the best of their breed.

An obvious choice, this engine really was one of the brand’s shining moments of glory. Producing 252 kW in some markets (in the U.S, this figure stood at 248 kW), the engine was perhaps the epitome of BMW’s love affair with free-revving, naturally aspirated, straight-six engines. This engine also exceeded 100 bhp per liter, a phenomenal achievement for a naturally aspirated motor. To add to all its qualities, the S54’s metallic, raspy engine note is the stuff of legends, and its high rev limit made it a joy to drive hard.

This is the original M engine, being fitted to the M1 supercar, and later to BMW’s first M sedan, the E28 M5. Producing well over 200 bhp was a big deal in 1978, and the engine helped to establish BMW’s reputation for straight-six gems. In North America, the S38 was the version used in the E28 M5, featuring a slightly lower power output, but the same great sound and performance.

Have you got a decent pair of earplugs? They’re for your grandmother, of course, as only she won’t enjoy the cacophony of screeches and bangs emitted by BMW’s first V10 engine. It was fitted to the controversially styled, Bangle-era M5 and M6 BMW twins, and perhaps appropriately so, because “wacky” and “controversial” could describe the way this 500 bhp beast raced towards its redline. The engine dominated the M5 and M6 to such an extent that most road testers forgot about the limitations of the SMG gearbox and the confusing i-Drive interface (back then, this control interface was still being refined).

This is the only four-cylinder you’ll find on the list, but what a four-cylinder it was, being fitted to one of the most iconic BMW’s the world had ever seen. A development of the M10, the S14 is both compact and high-revving, and produced 200 bhp. Being designed for racing, it featured a few technological novelties, including individual throttle plates for each cylinder.

The switch to a V8 motor initially had enthusiasts concerned: would a heavier engine lose the racy edginess and urgency of the S54? The answer is no. The E92 was the first (and so far, only) V8-powered M3 and had a personality of its own. It maintained the previous generation’s ability to rev higher than competitors, while adding more low-down tractability to the mix. Many feel that the E92 M3 was a more special machine than the current M3, and much of that is down to the naturally aspirated S65’s strengths.

While less of an engine and more of a powertrain, the manner in which an i8 produces its power deserves a mention on this list. The combination of a 1,5-liter 3-cylinder turbopetrol engine with a 7,1 kWh lithium ion battery pack has realized a level of efficiency and performance that is virtually unequaled in the market, let alone in the form of a supercar. The way the i8 seamlessly switches from full EV to hybrid mode, as well as its 4.4-second sprint time to 62 mph, remain two of its many astonishing achievements.

With a string of award-winning engines, BMW continues to impress in this area, even as the competition has caught up in some respects. As long as sheer driving pleasure is the mission, you can expect many more overachieving engines to come out of the Bavarian manufacturer’s factory – if that’s the case, then the future looks bright.