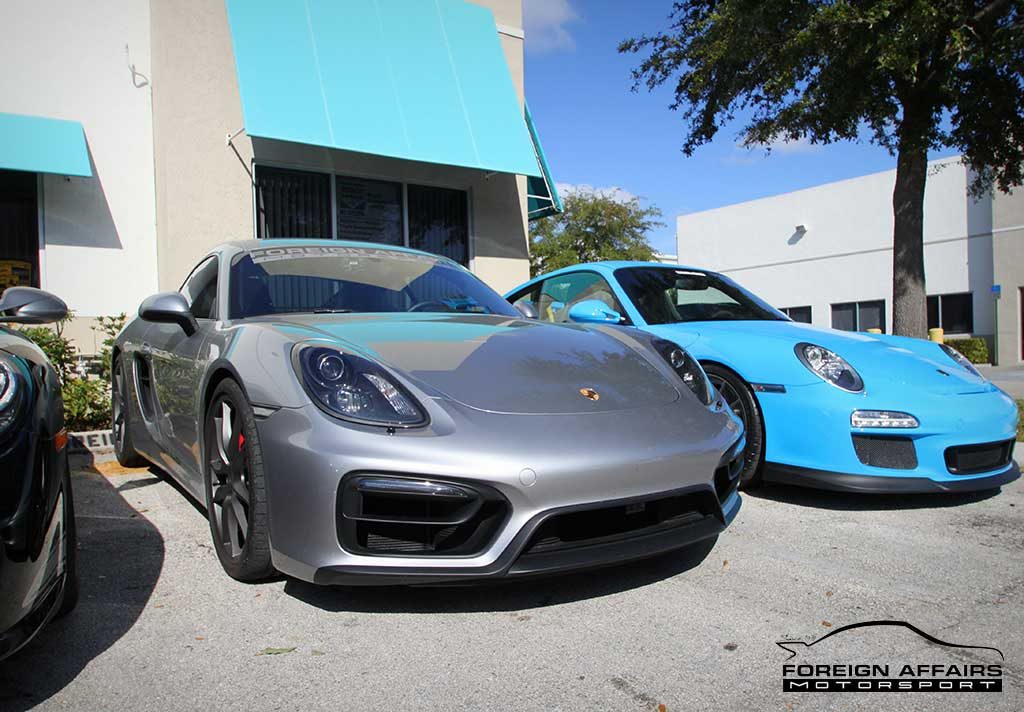 In the world of radical sports cars, Porsche’s 911 stands alone as perhaps the most revered range of performance cars ever made. While some may be faster and nuttier (Ferrari, Lamborghini) and many can claim to be flashier (Aston Martin), none have had the longevity and consistent breadth of abilities that Porsche has imbued in every 911.

Speaking of longevity, the one millionth Porsche 911 recently rolled off the production line, a significant feat for what is essentially an exotic range of sports cars that many can only dream about. To celebrate this milestone, and after having had a good think about the many great 911’s our Porsche performance and styling department has seen, we think that these are five of the best 911’s ever made.

The original brief for the Porsche 911 was to offer a larger and more comfortable version of the 356, the company’s first production car. It wasn’t until 1967, when the racing-inspired ‘S’ model was launched, that the 911 really started to put the ‘sport’ in sports car. With its 7200-rpm red line, a 180-hp 2.0-liter flat-six, and the first iteration of the now legendary Fuchs alloy wheel design, this 911 set the foundation for many more thrilling models to come.

The original Carrera RS remains one of the most desirable Porsches ever made. RS stands for Rennsport in German – or race sport. With its bigger engine (a 2.7-liter, 210-hp lump) and extensive weight-saving measures, enthusiasts were quick to pay attention. Of course, this was the Porsche used to represent the brand in motorsports. The striking exterior detailing included the well-known ducktail, which was optional in all markets besides the USA, where it was standard. Its rarity and purpose-built design makes it the 911 that many consider to be the greatest ever.

Has the word ‘Turbo’ ever been as closely ascribed to a single car more than it has to the Porsche 911? Possibly not. Although 911’s up until this point were quick, the first Turbo model moved the performance game on in a big way. It produced 260-hp and hit 60 mph in just under 5 seconds. However, the turbocharged engine threatened to overwhelm the rest of the package, with this model tending to oversteer. Still, it represents a significant performance landmark in Porsche’s history.

Once again, the RS moniker features on one of the best 911’s ever to be made. As ‘pure’ a sports car as you could wish for, this model featured a six-speed manual transmission, a 500-hp, naturally aspirated 4.0-liter motor (the largest ever offered in a 911), and rear-wheel drive. Only 600 units were made, and if you spot one on our roads, it’s one of just 126 that were shipped to the U.S. Combine these mechanical highlights with the 997’s classic design, and this GT3 must rank as one of the most complete Porsches. If you find a flaw with it, please drop us a message, as we’re still looking.

As accomplished as the R, GT3, and RS 911’s have been – and as unsurpassed as they are as pure driver’s cars – there’s still something intrinsically balanced about the 911 Turbo. Shorn of oversized wings and massive wheels, the 911 Turbo replaces these extreme aerodynamic add-ons with a more luxuriously appointed interior that matches any of its German rivals for quality. Yes, it’ll get you from zero to 60 mph in 2.9-seconds if you wish, but it’s also up for the long haul, traversing continents as quickly as it does a twisty mountain pass.

We’ll take one of each, please.