Superchargers vs. Turbochargers: What’s The Difference? 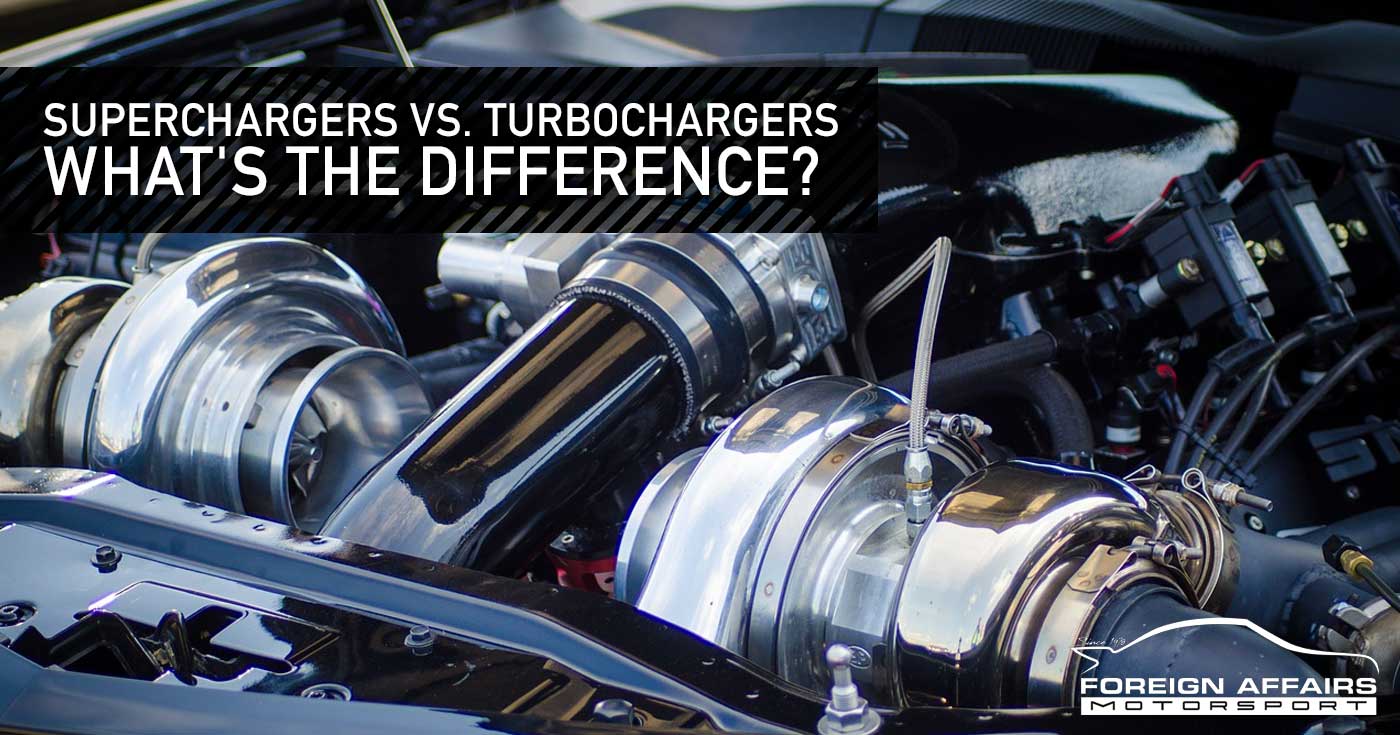 There’s no doubt that the two words ‘supercharged’ and ‘turbocharged’ sound incredibly awesome when it comes to pumping up your engine’s performance. Who wouldn’t want to have a turbocharger or supercharger in their car? When it comes to forcing more air into your engine to create more power, these are the two heavyweights. Both have their benefits, but both work differently to create improved performance. Let’s see which one is better for you?

A turbo is a little different to a supercharger in that it contains an exhaust housing as opposed to a pulley. A turbo uses the heat energy of the exhaust gases that are produced from your engine’s cylinders to spin a turbine which in turn drives a compressor. The compressor then forces air back into the engine to create extra power. A turbocharger can spin much faster than a supercharger as it isn’t connected to your engine.

How Do They Compare?

Superchargers and turbochargers are both effective in producing extra power. They both come with some clear advantages and disadvantages. The main disadvantage of a turbocharger is the delayed response that occurs when you push down hard on your throttle. This is because a turbocharger requires a short ‘spool up’ time before it can provide that additional power. This is what’s referred to as ‘turbo lag’. If you enjoy the feeling of immediate response when you put your foot down on the pedal, then a turbocharger may not be your first option.

Superchargers, on the other hand, don’t have this lag because the air pump is directly connected to the engine’s crankshaft. This crankshaft is always spinning which means that power can be delivered immediately. Superchargers allow for an immediate reaction time when it comes to the need for an extra power boost. Superchargers do have a drawback when it comes to fuel efficiency. Because the supercharger uses the engine’s power to keep spinning, it continually siphons power and extra fuel. Fuel efficiency gets worse when the engine revs begin to climb and so that immediate extra power boost comes at the expense of using more gas. Turbochargers don’t rely on the engine crank-shaft and so, therefore, don’t use extra fuel to create power. Turbocharger fuel efficiency is a clear advantage over superchargers.

Choose What’s Right For You